'I'd 8-2 be a Barcelona fan!' - Blaugrana humiliated by Bayern Munich thrashing 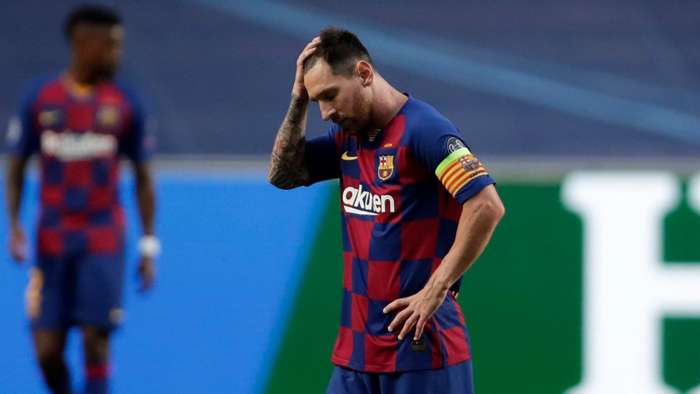 Barcelona's attempt to bring the Champions League back to Camp Nou after a five-year absence ended in humiliation on Friday, as Bayern Munich trounced them 8-2 in the quarter-final.

The match in Lisbon started poorly for the Catalans as Thomas Muller gave Bayern the lead inside four minutes.Though a David Alaba own goal gave them hope, Barcelona were ultimately undone by the ruthless German champions.

Ivan Perisic, Serge Gnabry, Joshua Kimmich, Robert Lewandowski, a brace from Philippe Coutinho and another goal from Muller would add further misery for Barca, who got a second-half goal from Luis Suarez that was a mere consolation.

The Bavarians will move on to face either Manchester City or Lyon in the semi-final while the Catalans will head back to Spain to lick their wounds and contemplate a season with no trophies.

There was plenty of reaction as Lionel Messi and Co. were humiliated in the Champions League last eight.