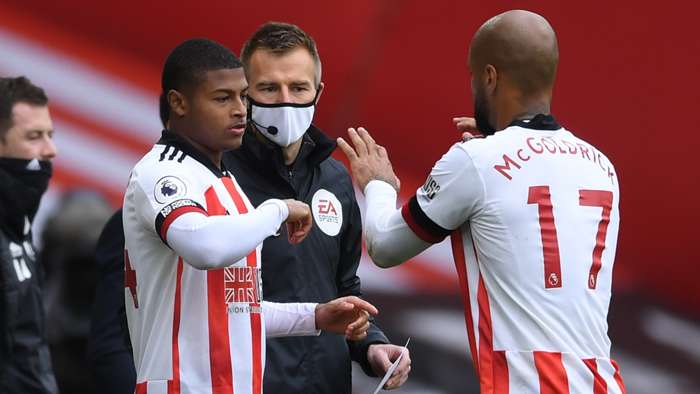 Rhian Brewster has admitted that it will be a strange occasion when he makes his return to Liverpool this weekend in the Premier League, with the Sheffield United striker revealing that he didn't have a chance to say his farewells before he left Anfield earlier this month.

The England youth star, who won the Golden Boot three years ago during the Young Lions' triumphant FIFA U-17 World Cup campaign, was afforded limited opportunitiesunder Jurgen Klopp, despite his manager's appreciation, due to the club's stacked attacking roster.

Having spent last term on loan with Swansea City in the Championship, Brewster made his debut as a substitute against Fulham but could be set for his first start against his former teammates, including his club role model James Milner.

Speaking ahead of his prospective reunion, the forward acknowledged that his time at Liverpool, who he signed for as a youngster from Chelsea in 2015, brought him invaluable experience and a work ethic he intends to cherish, adding that he is looking forward to seeing some familiar faces again.

"It’s going to be a bit weird,"the attacker told the Daily Mail. "But it will be a nice moment, just to see everybody. I didn’t get to say goodbye because the transfer happened so quick. Not one person slacks off at Liverpool and I’ll always remember that.

"Take James Milner. He’s in his 30s and still going strong. That’s for a reason;because he is always in the gym, eating right, doing everything he can to be the best. That’s one thing that I’ll 100 per cent take from Liverpool and James Milner.