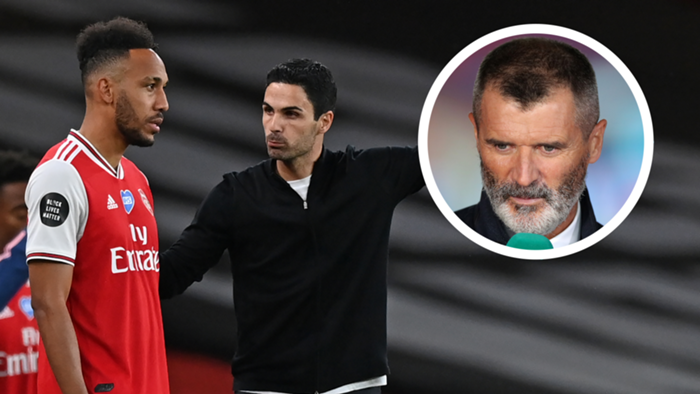 Mikel Arteta insists he has never felt disrespected by his players referring to him by his first name.

Keane was covering the game as a pundit forSky Sports and was clearly irked by Pierre-Emerick Aubameyang referring to Arteta as ‘Mikel’ during a post-match interview.

“They didn’t show him respect when they called him by his name, Mikel,” Keane said. “He’s the manager, the boss, the gaffer. That’s respect. “Not Mikel, he’s not his mate.”

However Arteta is adamant Aubameyang and his team-mates are free to call him what they want and says his captain was not showing him any kind of disrespect.

“I was told that Roy mentioned that,” said the Arsenal boss ahead of his side’s Europa League meeting with Molde on Thursday night. “I think it is something very in particular.

“I give them the choice to call me whatever they feel comfortable with. With some of them obviously I shared a dressing room. There are people at the training ground who call me boss or coach. The French guys call me coach. It depends. It’s not an issue for me.

Arteta admits he was worried about how easy it was going to be to distance himself from his players following his return to Arsenal last year.

The likes of Mesut Ozil, Mohamed Elneny, Hector Bellerin and Emi Martinez had all been former team-mates of his during his time as a player in north London, but he says ultimately it was not a tough situation to manage.

“It has not been something difficult,” he said. “It is something that before I joined I was a bit concerned with, and at the moment I am not. Because I think it is not just something that has to come from me.