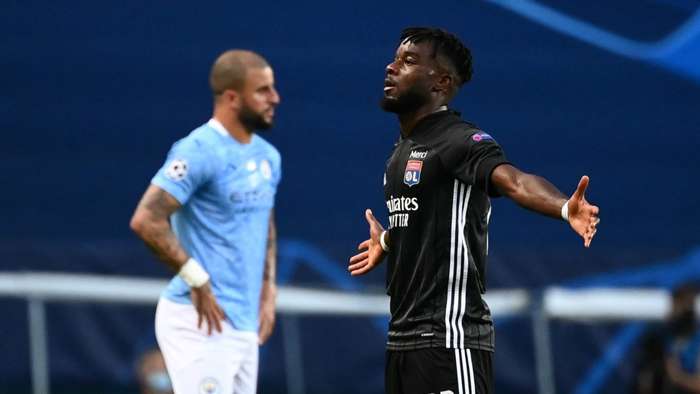 Maxwel Cornet has admitted he enjoys playing against the best clubs in the world afterLyon clinched a shock 3-1 win over Manchester City in the quarterfinals of the Champions League on Saturday.

Cornet’s strike was his fourth against Pep Guardiola-led City in the Champions League, equalling Barcelona icon Lionel Messi’s tally as the player to score the most goals when facing the Citizens under the Catalan tactician’s watch.

His previous goals against the English club came during the group phase of the 2018-19 season. Lyon won the tie at the Etihad Stadium 2-1before being held to a 2-2 draw in the return fixture at the Groupama Stadium.

"These are exceptional matches to play. We don't play quarters every day. I score, it still falls on City but the most important is the work of the whole team,” Cornet told RMC Sport. “I enjoy playing against the best in the world. It's no coincidence that we're here. We worked well during the preparation and we saw it tonight.”

Cornet’s performances have been criticised in the past but heasserted he does not give in to his critics.

Lyon take on Bayern Munich, who decimated Barcelona 8-2, in one of the semi-final ties and Cornet believes his team must have the same attitude as they had against City to have a chance to progress.

“The critics? it's part of football, you just have to turn the trend around and that's what I've been trying to do since I've been in Lyon", he said. “Underestimated by other clubs? I don't know but we certainly weren't expecting to be at this level. We ride on our hump, all in humility, to be able to perform this way.