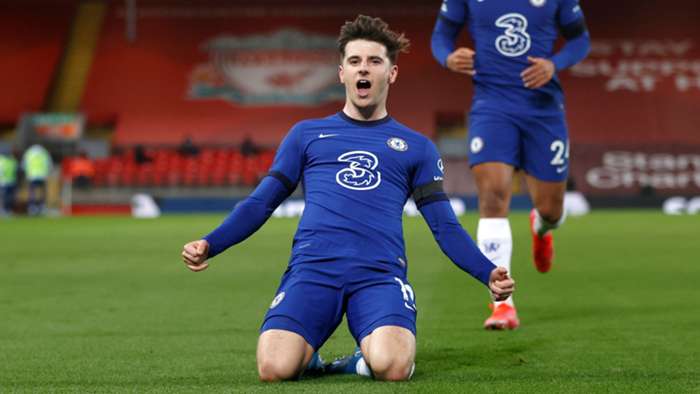 Mason Mount saysThomas Tuchel used him in five positions over 90 minutes in one match for Chelsea, but explained how he has developed rapidly under his new manager.

Tuchels side are on a 14-game unbeaten run since the sacking of club legend Frank Lampard in late January. Despite many doubting whether the 22-year-old would retain his starting spot under a new coach, Mount has continued to be regularly picked.

Ahead of Englands upcoming World Cup qualifying matches against San Marino, Albania and Poland, Mount discussed his development since the last international break.

"It has been a bit of a roller-coaster over the last couple of months but it has been a valuable experience; I have learned a lot after being captain for the first time," Mount said.

"Ive played five positions in a match, not three! I changed a couple more but all good experiences for me to learn. Im versatile and I can change positions. Thats what the modern game is about.

"Coming into the international break, were all excited, buzzing to be back together. Were ready to be down to business and play the games. It feels like yesterday that I made my debut at Wembley and it has gone so quick.

"You gain confidence and learn more in each camp. You want to keep getting better and better; thats the main thing. Thats both personally and as a group. We are on the right track. It starts with these World Cup qualifiers and the game tomorrow."

Having earned 10 caps for the Three Lions, Mount is increasingly becoming a fixture in Gareth Southgates team, who is similarly having him rotate positions within a 3-4-3 system.

Southgate has been able to rely on the fact that Mount is always available and he was the only player to start in all three matches during the last meet up with England.

Speaking on his fitness, Mount says that he has learned how to handle himself through the loan moves and alongside experienced team-mates at Chelsea.

"Going on loan certainly helped me, speaking to players whove been in the game longer than me at that young age, especially at Derby," Mount said.

"That helped me make my game better. Its not just on the pitch, but off the pitch. It is a massive part in controlling what you do on it. I learnt a lot while on Derby and at Chelsea as well from people who have done it longer than I have.

"Touch wood, I have not had many injuries so far. I am someone that loves football. Any opportunity to play or be involved, Ill be ready. Im still young, that helps when playing a lot of games in a short space of time.

"You gain that experience as the season goes on. You learn how to look after your body and to be available for every single game. Thats what you want as a player to play as much as possible. Its a positive of mine to be able to play. Hopefully, I continue to look after myself and continue to be 100% for most games."

Chelsea winger Pulisic: I want to play for USMNT at Tokyo Olympics this summer