I have to be Pedri - Barcelona starlet plays down Iniesta comparisons 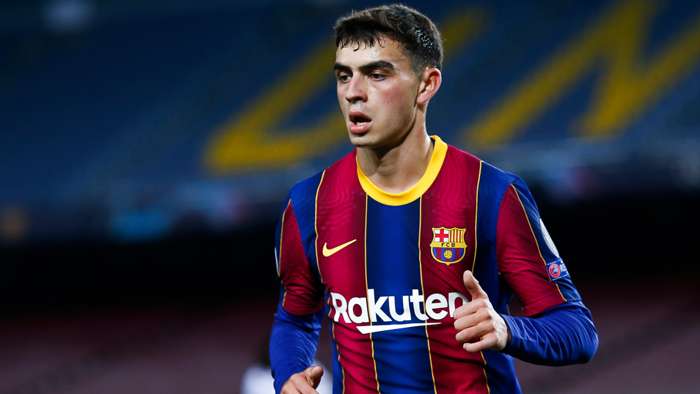 Barcelona wonderkid Pedri is delighted to be involved in the Spain national team set-up, but played down comparisons with club legendAndres Iniesta.

Pedri, 18, received his maiden call-up in March for the start of the2022 World Cup qualifying campaign.

Having represented Spain at every level from Under-17 to U21, he now has a chance of making his senior bow in the coming days.

“I have to be Pedri,” he responded when asked about the links to his predecessor in the Barcelona midfield. “It’s an honour to be compared to Andres Iniesta."

“From the first day they’ve treated me very well," he added, referring to his new colleagues with Spain. “Knowing Jordi [Alba], Busi [Sergio Busquets] and the U21 teammates makes everything easier. I like Luis Enrique’s style of play a lot.

"I hope to learn and adapt well to contribute as much as possible to the national team.”

The teenager was also called upon to answer a curious query concerning Real Madrid and Spain enforcer Sergio Ramos, one of Barcas principal antagonists over the last decade.

Ramos future at Santiago Bernabeu is far from certain - but does that mean he could line up at Camp Nou?

“It’s very difficult for Ramos to go to a rival club,” Pedri answered."He’s a good player, but I’m not the one who signs. I have no reference, I’d like to sign everyone who are excellent players and people.”

Spain, who went out of the 2018 World Cup at the last-16 stage following a shock defeat to hosts Russia on penalties, are in Group B of the 2022 UEFA qualifying competition.

They are joined in the six-team pool by Sweden, Kosovo, Greece, Georgia and Estonia, and will play three games in the current international window to kick off their campaign.

Greece are first up on Thursday, followed by an away visit to Georgia on March 28 and a home clash with Kosovo three days later.