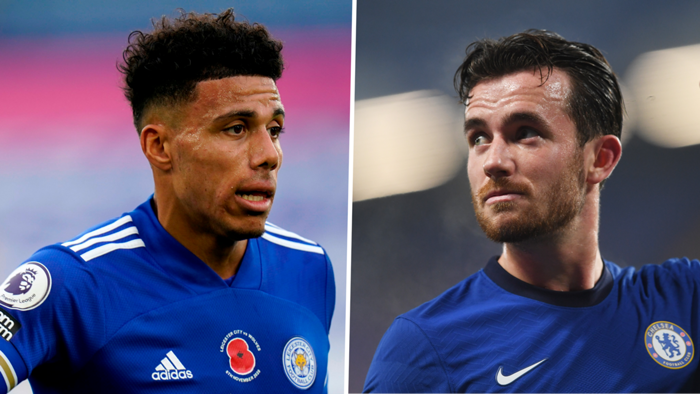 Leicester City talent James Justin has revealed he is still in touch with his former teammate Ben Chilwell and that he hopes to follow him into the England senior set up in the future.

Even after competing with his fellow full-back, Justin revealed the pair are close and remain in contact. Now in Aidy Boothroyd's under-21's group, Justin credited Chilwell's influence on helping him adapt from League One Luton Town to the high-flying Foxes.

"I learned so much off Chilly,"Justin told reporters ahead of England Under-21s game with Albania on Tuesday night.

"From the way he plays, the way he carries himself on the pitch. We lived not too far from each other so he took me under his wing and showed me how to play the position in the Premier League.

"I hadn’t had a lot of exposure during some of last season and when I was forced into the starting line-up due to injury, he helped me quite a lot and told me to play my game. He’s been a big help. I still keep in touch with Chilly every now and then."

Gareth Southgate has called up a host of players to his England senior squad from Boothroyd's group with Bukayo Saka, Reece James, Mason Greenwood, Phil Foden and Jude Bellingham having progressed from the U21's in recent months.

Justin has already trained with the senior squad in September internationals and he hopes his good form will ultimately lead to a senior debut.

"I think Aidy knocked on my door in the morning,"he added. "I had just woken up and he basically just told me I was training with the seniors (on that day). He said that I was ready for it and to try to make a good impression, but that it was also to help the senior players to get what they needed out of the session.

"It was a big experience for me. I aspire to be in their places and hopefully one day that can happen. Currently, I’m focused on the 21's and our competition at the end of the year, which we have to compete in, and, hopefully, we can do well in that.

Rodgers has used Justin as an automatic starter but he has a decision to make as fellow full-back Ricardo Pereira nears his return.

Still, Boothroyd is backing him to stay in the team at the King Power Stadium even when the Portugal international is back.

"He will have to step it up because as well as he has done, Ricardo Pereira is a really good player who has created a lot of attention," Boothroyd said.

"I think Brendan is in that great position where he has that depth and two players fighting for a position.