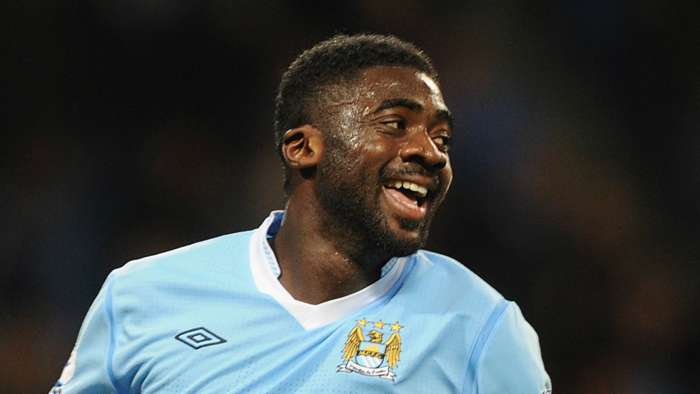 Kolo Toure believes it is high time Manchester City won the Champions League, as they prepare to renew battle with Real Madrid.

Goals from Gabriel Jesus and Kevin De Bruyne have put Pep Guardiola's side in the ascendancy ahead of their Etihad Stadium reunion on Friday.

With huge financial backing, City have been competing in European football's elite competition each season since the 2011-12 campaign, reaching the semi-finals in 2015-16 when Madrid edged them out 1-0 over two legs.

Toure played for City from 2009 to 2013, having joined from Arsenal, and he went on to represent Liverpool and Celtic before retiring in 2017.

He sees Guardiola's leadership as the key to ongoing success for City, who were overhauled by Liverpool in the Premier League but have real hope of becoming European champions this month.

"They have a top manager, they have to keep him there and make sure they bring players who can add value," Toure said. "They need players who have experience of winning the Champions League. They have a big chance against Real Madrid."

Pointing to last season's Champions League exit, when a dramatic quarter-final saw City edged out by Tottenham on away goals, Toure reflected on how a little good fortune can go a long way.

"You need a bit of luck, they were so unlucky againstTottenham," Toure said. "I hope that they will win."

John Stones could have a part to play on Friday, with the England defender still striving to justify the £47.5 million ($62m)price tag that City met when signing him from Everton four years ago.

The arrival of Nathan Ake from Bournemouth for next season has raised questions about Stones' future at City.

"He needs to be consistent. He lacks it," Toure said. "He's a really good player with many qualities but needs to work on his concentration. Sometimes he does things that you don't know where they come from, because he has everything.