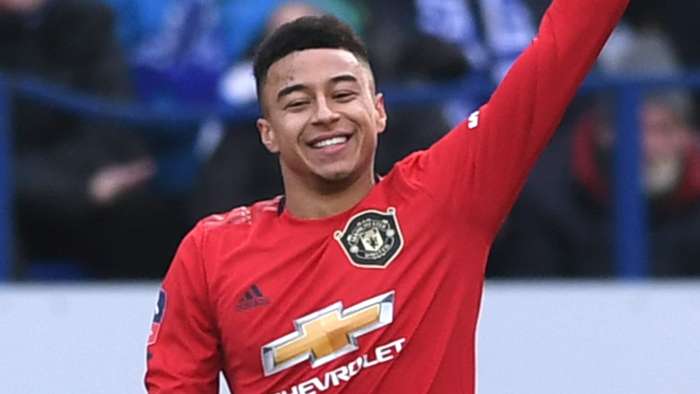 Manchester United outcast Jesse Lingard is hoping for a strong run in the Europa League as he bids to impress Ole Gunnar Solskjaer amid ongoing rumours of his impending departure.

The midfielder has not started for the Red Devils since a New Year's Day defeat to Arsenal, with the majority of his outings coming from the substitute's bench.

Lingard's future has been the subject of much speculation in recent months, and he has just entered the final year of his contract, with little sign of an extension in sight.

However, he finished the campaign with a notable cameo against Leicester, as he registered his first Premier League goal of the season by capitalising on a Kasper Schmeichel error to round off a 2-0 win for United at the King Power Stadium.

Lingard could be in line for a spot in Solskjaer's starting XI when the Manchester outfit take on LASK in the second leg of their last 16 Europa League tie on Wednesday, with the Norwegian expected to rest a number of first-team regulars.

United have one foot in the quarter-finals after a 5-0 win in Austria back in March, and the 27-year-old is determined to play a key role in a potential run through to the final.

“Every game, every minute I play, I have got to try and impress and do as much as I can to help the team and impress the manager,” Lingard told a pre-match press conference.

“It is the perfect way now to get a run in the tournament.”

The England international added on ending a frustrating goal drought: “I've not had the best of seasons and after lockdown I wanted to impress the manager.

“I’ve always scored goals from Under-18s to reserves, It’s about setting goals for me throughout the season. Each game is different and it’s about setting targets on a personal level in a game - how many shots you have, how many chances you can create.

“That’s down to you as an individual. I’ve been working on it, doing a lot in training and working with the coaches on my finishing. The hard work paid off against Leicester and a goal gives you confidence. I reckon I can show it in the LASK game.”

United's win over Leicester ensured that they qualified for the Champions League with a third-place finish in the Premier League standings, but Lingard insists that a Europa League triumph would mean even more after a three-year silverware drought.