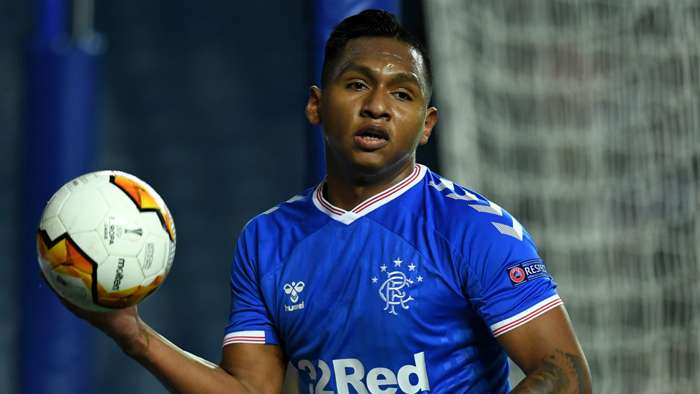 Steven Gerrard has admitted that he left out Alfredo Morelos from Rangers’ 2-0 win over Kilmarnock on Saturday because the striker was not “focused”.

The Colombia international has been a major source of transfer speculation this summer, with reports that he could move to Ligue 1 side Lille.

Although these appear to have stalled, Gerrard, who previously admitted that the 24-year-old had his head turned by such speculation, dropped the forward for Saturday’s Ibrox match, in which goals from Kemar Roofe and Ryan Kent cemented the Gers’ spot at the top of the Scottish standings.

"If there are players that are hungry, that want to give everything for the shirt, they play. If people lose focus and take their eye off the ball - unfortunately they won't be with us."

Morelos reacted in a frustrated manner as he was replaced in a scoreless draw against Livingston and was criticised by Sky Sports pundit Kris Boyd for his reaction.

"You're looking for more,” the former Scotland forward said. “If you are looking to get that move, push on your career as we're led to believe, you have to be doing a lot more.

“The biggest thing that annoyed me, last week I wasn't too bothered about him going off the pitch because it shows he cares, but the way he came off on Sunday was a disgrace, ripping the black armband off and going straight into the stand.

“When we heard Lille were interested and the money they wanted to spend, then you look at his performances, two goals against St Mirren and you thought with the new guys coming in we might see him getting back to where he was. But he just looks as if his head is elsewhere.”