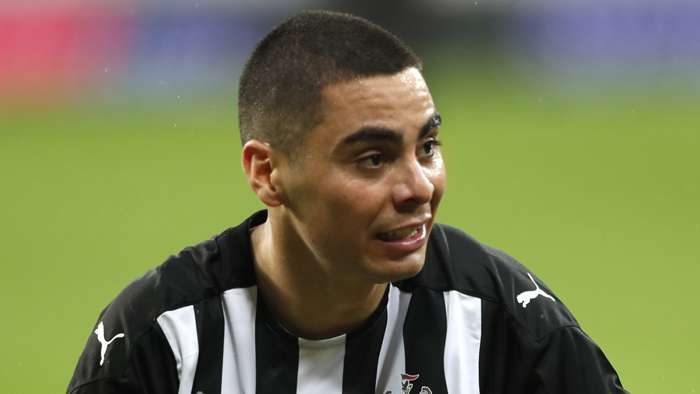 Newcastle attacker MiguelAlmiron has hinted that his future could lie away from the Magpies, saying hed like to play fora team that fights more.

The Magpies are winless in six Premier League matches and find themselves in real relegation trouble, sitting just two points outside of the bottom three with a game in hand.

Almiron and his agent have hinted at a moveaway from Newcastle in the past,and the 26-year-olds most recent comments could serve to increase speculation around his future.

"I would like to play in a team that fights more," Almiron told Paraguayan radio station ABC Cardinalon Friday.

"Here I am happy and I feel comfortable," he added.

"My family and I are fine, we try not to go out too much. We have to be grateful that we are healthy.

"Mentally, Im fine and wanting to play with La Albirroja."

Almiron also said he had overcome a recent injury issue, as well as telling the Paraguayan public to be patient after this months World Cup qualifiers were postponed due to a rise in coronavirus cases.

"Thank God with the work here at Newcastle I am already training normally," Almiron added.

"I tell the Paraguayan people to be patient and take care of the Covid issue."

Since joining from Atlanta United in 2018, Almiron has been an important cog in Newcastles attack.

The Paraguayan has 13 goals and five assists in 82 total appearances with the club after his move from MLS.

This season, Almiron has scored five goals while making 24 starts in all competitions.