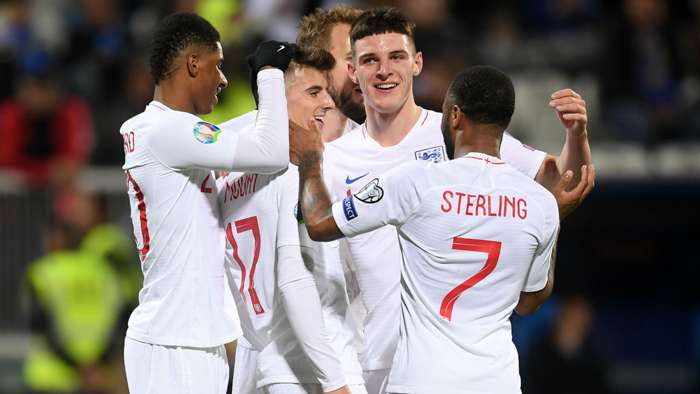 England will be out for revenge when they travel to Reykjavik to take on Iceland in Saturday’s Nations League clash.

The Three Lions have unhappy memories of playing against this opponent, having suffered a shock Euro 2016 last 16 elimination at their hands.

However, having won their last three matches by a combined 17-0 scoreline, the Three Lions are clear 1/4(1.25) favourites with bet365 to put that behind them with a win here.

Erik Hamren’s men have lost all four of their previous Nations League fixtures and are 12/1 (13.0) outsiders to pull off another upset against this opposition.

Both of the guests’ last two matches in this competition resulted in draws, and you can get odds of 17/4 (5.25) on this one also finishing up all square.

Gylfi Sigurdsson, Johann Berg Gudmundsson, Alfred Finnbogason and Aron Gunnarsson all chose not to join up with the national team, while Aron Gunnarsson was unable to due to travel restrictions.

Harry Maguire has been dropped from the squad following his court case in Greece, with Marcus Rashford and Harry Winks both unavailable due to injury.

While Gareth Southgate has the luxury of adding exciting talents such as Mason Greenwood, Jack Grealish and Ainsley Maitland-Niles to a squad already boasting stars like Harry Kane and Jadon Sancho, his opposite number is without five of his strongest players.

Without them, it is hard to see Icelandimproving on a miserable record in this tournament, having conceded 13 goals and scored just once on their way to four consecutive defeats.

In fact, odds of 8/11 (1.73) look like solid value on England extending their strong recent run by winning by at least two clear goals for the sixth game in seven when they take on a weakened Iceland.