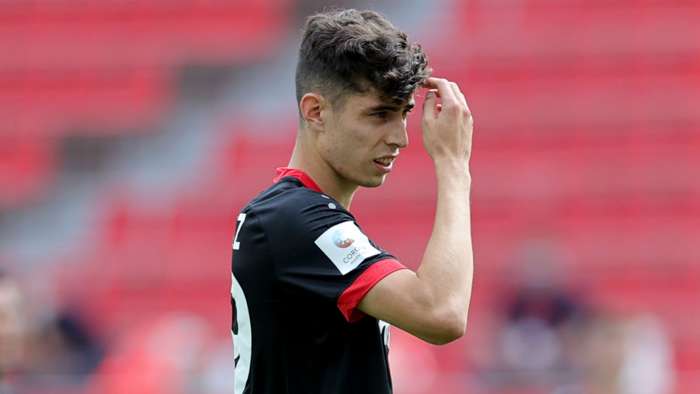 Bayer Leverkusen will be powerless to resist selling Kai Havertz to Chelsea if the Blues' billionaire owner Roman Abramovich wants the German at Stamford Bridge, according to the Premier League club's former manager, Avram Grant.

The midfielder, who has been played in an increasingly attack-minded role over the past two years, has scored 29 Bundesliga goals since the start of the 2018-19 campaign.

Already a Germany international, Havertz is widely expected to leave Leverkusen in the coming weeks, with Chelsea said to be his most likely destination.

The financial implications of the coronavirus pandemic, combined with Chelsea's recent deals for Hakim Ziyech and Timo Werner, have led to suggestions the club might not be willing to meet Leverkusen's apparent €78million (£70m/$90m) asking price.

However Grant thinks the Blues will sign anyone if the owner wants them.

Speaking to Stats Perform News, Grant said: "Abramovich didn't have a problem with money before! When he wants something, he buys it.

"He doesn't do things to save money. Whether they have more or less money, I don't think it's important.

"What I think is important is that they started to use the academy. They spent so much money on it and they didn't give anyone a chance before. My policy at Chelsea was that we wanted one third of the squad as under-21 players, because you cannot invest a lot into the academy and not give them a chance.

"Now, not as a policy, they gave them a chance, and Frank has done a great job. Michael Emenalo, a director, was always complaining that we invested a lot of money in them academy players but we don't give them a chance.

"When you have a good young player, they can develop a lot and there are a lot of good talents at Chelsea, and we're in a good phase for the coming years.

"With a good signing they can compete with Liverpool or Man City. Havertz has the quality. We need to wait and see if he's the one to bridge the gap."

The signings of Ziyech and Werner, from Ajax and RB Leipzig respectively, have been widely applauded, particularly given they were both secured well before the conclusion of the season, but Grant urges caution, highlighting that many big signings in a short period does not always guarantee success.

"On paper they look like good signings and that they can make the team stronger, but we need to wait and see," Grant said. "We've seenyears ago, Tottenham bought a lot of players but they bought too much and many didn't perform well - eventually Harry Redknapp saved them and did a very good job.