If I could watch any player, it would be Grealish - Calvert-Lewin says England team-mate is operating on a different level 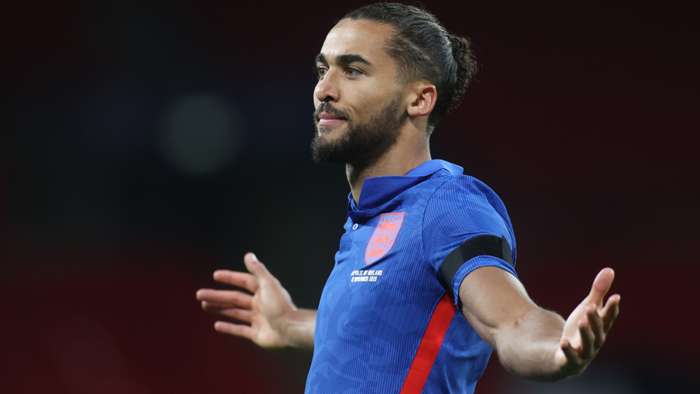 Dominic Calvert-Lewin has described Jack Grealish as his favourite player to watch, while claiming his England team-mate is "operating on a different level" to his peers.

Calvert-Lewin was handed his first international call up in October after an impressive start to the season at Everton, and scored on his debut to help England securea 3-0 friendly win over Wales.

The striker produced a smart headed finish after being teed up perfectly by Grealish, who made a huge impression on him during the Three Lions camp.

Asked who stood out most during his first experience with the England squad, Calvert-Lewin had no hesitation in picking the Aston Villa star as he told the Sky Sports Super Six podcast:"My favourite player was Jack Grealish; top man!

"He is a naturally gifted footballer and for me, he is a joy to watch. If I could watch any player play, it would be him. He can do everything - he is exciting and tries to make things happen.

"I see him up close in training - because he is a relaxed guy, as soon as he is on the training pitch and the ball comes out, he is operating on a different level.

"For me to play with him as a centre-forward, they are the type of guys you want to play with because he is making things happen and he set my debut goal up.

"It was only a matter of time until he got his chance, he just had to stay consistent and keep doing what he was doing. When he played I thought he played really well."

Grealish inspired Villas successful Premier League survival bid in 2020-21, and has taken his game to even greater heights this season under Dean Smith.

The 25-year-old has contributed seven goals and 12 assists to the Lions cause across 23 games to date, helping them emerge as surprise contenders for Europa League qualification.

His performances have reportedly attracted attention from a number of top clubs, including Manchester City and Manchester United, but his progress was curtailed by injury last month.

Grealish has only just started training again after missing a month of action due to a lower leg problem, and Gareth Southgate ultimately decided not to risk him for Englands first set of 2022 World Cup qualifiers.

Calvert-Lewin was included in Southgates final shortlist, though, with the Toffees forward in line to feature during a Group I opener against San Marino on Thursday.

The 24-year-old will also be available for selection against Albania and Poland before he is due to head back to Goodison Park at the start of April.

Who will make Englands Euro 2020 squad?