If I worked at a big European club, Id be looking at him - In-demand NXGN star Nuno Mendes backed for summer transfer 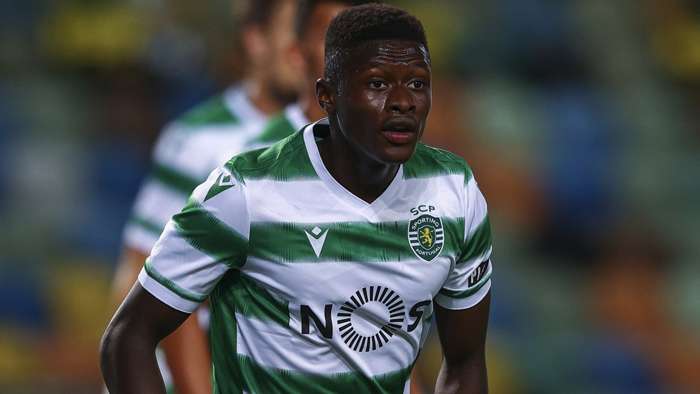 Sporting C.P. defender Nuno Mendes has been backed to make a big-money move this summer having been dubbed the top talent in Portuguese football.

The 18-year-old only made his first-team bowin June, but he has enjoyed a rapid rise, which culminated in himmaking his international debut as a starter in Portugals World Cup qualifier against Azerbaijan on Wednesday.

Manchester United, Liverpool and Real Madrid have all been linked with the teenager, and it seems only a matter of time before he leaves the Primeira Liga leaders behind.

Speaking to Goal after Mendes was named on the 2021 NXGN list of the worlds top teenage footballers, former Portugal international Costinha said of his compatriot: "Nuno Mendes [is the top talent].I dont think he will be here next season.

"If I was a scout for the big clubs in Europe, I would look at him. Eighteen-years-old, a left-back –and there arent many left-backs in the world with that quality –then I would definitely go and pick him.

"He is strong physically and in his head. He has an excellent left foot and hehas very good pace.

"Sometimes, I think he needs to learn more about defending, but he is only 18. He has so much time to improve.

"I dont think he isgoing to stay here for a long time."

Mendes joined Sportings academy at the age of 10, after the Lisbon outfit were forced to fight off interest from rivals Benfica and Porto in the precociously talented youngster.

Originally deployed as either a No.10 or wide forward, he was eventually moved to full-back, though his attacking instincts make him more suited to his current role as a wing-back.

He was called up to Ruben Amorims squad following the coronavirus-enforced suspension of football last spring, and made his debut off the bench in the Leoes second game back in the early summer.

The following week, he became the youngest player since Cristiano Ronaldo to start a match for Sporting, beforebecoming the clubs third-youngest scorer, behind only Ronaldo and Ricardo Quaresma, in October.

With his displays having caught the eye of Europes elite teams, Sporting have twice improved his contract in the last nine months, and the latest deal he signed in December included a€70 million (£60m/$82.5m) release clause.

Mendes is one of four Portuguese players on the 2021 mens list, and one of three currently at Sporting.

The highest-placed of his compatriots is Fabio Silva, the striker who left Porto for Wolves in a club-record £35m ($47m) in September, who ranks at 17th.

Centre-back Quaresma has been linked with Manchester United and Atletico Madrid in the past, while winger Joelson and fellow teenage forward at Sporting, Tiago Tomas, have both reportedly appeared on Arsenals radar.

And Costinha has been keeping a keen eye on the talent coming through in the country in his role as a prominent pundit.

"Quaresma hasnt been getting as much time in the team asGoncalo Inacio, who is doing very, very well," the ex-Porto man said.

"I think the striker from Sporting, Tiago Tomas, is very good. He has pace, but he needs to improve some qualities as a striker in receiving the ball with his back to goal. These are small things with training that he can improve.

"Portugal will always have excellent young players. We maybe need to give them more space in the first team and be less afraid to put them in, even if we lose games.

"But, I repeat, the one I see who wont stay here next season is Nuno Mendes. He is a very good player."

Clashes with Mourinho, serious injuries and a reggae career: The fall of Real Madrid wonderkid Jese

In profile: Who is Nuno Mendes?