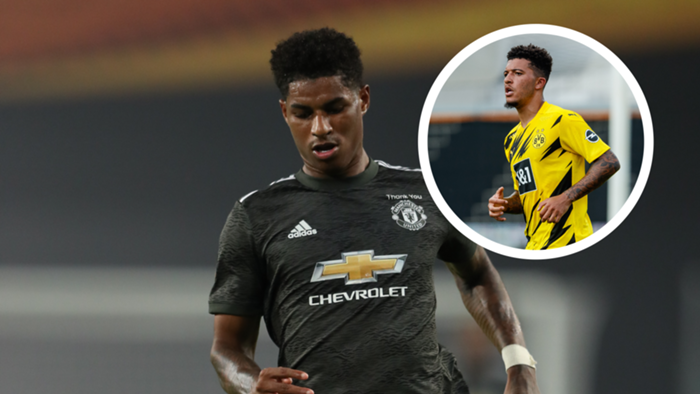 Paul Scholeshas tipped Jadon Sancho for a Manchester United move after the Red Devils crashed out of Europe against Sevilla on Sunday evening.

Scoring from the penalty spot has become a theme of United's campaign, with the club earning22 penaltiesin 2019-20 –the most a team has hadin Europe’s top five leagues sinceBarcelonawon 24 in 2014-15.

Despite having a host of opportunities, subpar finishing and an inspired performance from Sevilla goalkeeper Bono managed to keep Ole Gunnar Solskjaer's men at bay.

That has led Scholes to call on his former side to spend big in the off-season, with Dortmund star Sancho a major target.

“If they want to win trophies, they’ve got to start spending the money," Scholes said on BT Sport.

"They’ve created chances tonight but if Sancho’s in that team they’d have scored.”

Whether Sancho will be in the team is still up for debate, despite Dortmund insisting their star man will not be leaving this summer.

“Jadon Sancho will play with us next season,” he told reporters. “The decision is final. I think that answers all the questions.

However, United areare refusing to giveup in their pursuit ofSancho despite Dortmund holding out for a fee of €120 million (£108m/$142m) for the England star.

"The defensive part of that goal was shocking," Scholesadded.