If were not focused, Mexico will batter us! - U.S. face Olympic balancing act in clash with great rivals 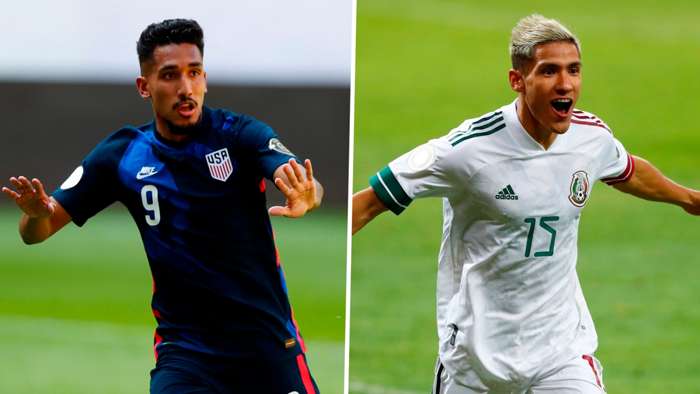 If the U.S. U-23 mens national team was facing any other team, things would be different. The U.S. has already booked their spot in the semifinal round, after all, and its that semifinal, not Wednesdays group-stage finale, that will determine whether or not they head to the Olympics this summer.

But the U.S. isnt facing any other team on Wednesday; theyre facing Mexico. And while the stakes may be lowered a bit by both teams perfect records so far, this is never a normal matchup.

There is something big on the line: seeding, as Mexico will seal the top spot in the group with a draw. But, with Group B still yet to truly take shape, theres no way toplan forsemis.

Also on the line? Pride, bragging rights and everything that comes with it. This is a rivalry that extends through every level of the game, one that will always have an extra layer of emotion woven in.

So, for U.S. head coach Jason Kreis, Wednesdays clash is one giant balancing act. On one side is caution and the fairly factual idea that this clash with Mexico means little on the road to Japan.

But on the other side is the idea that this game truly does mean something for a team that is desperate to prove itself after watching their predecessorsfail during each of the last two Olympic qualifyingcycles.

Kreis admitted that it would be a real "feather in our cap" if the U.S. could take down their rivals to finish atop the group. But, at the end of the day, sacrificing a place at Tokyo 2021for that feather and a little bit of prideisnt part of the plan.

"Ive been coaching a long time, and I will tell you that this is a unique situation," Kreis said. "I cant ever remember having so many considerations going into one game with such a short timespan anda limited roster. There are so manyvariables here to work with thatwe just have to make our best decision.

"I dont know that you can really rank things. Of course,I think the one thats obvious to everybody and I dont have a problem spelling it out for you: the most important thing is the semifinal match. So, we go into this game with that really guiding us."

"Its always going to be a difficult circumstance whenyoure playing arguably yourbiggest rivals in Mexico,and Im sure itll be an emotional, spirited match," Kreis added.

"But at the end of the day, all of our players are clear with the knowledge that the most important game is theone thats coming up. The one that we have to win to make the Olympics is the semifinal."

And so begins the balancing act but, should Kreis lean too far to one way, things could go drastically wrong. He cant risk anything or anyone that could impact the semifinal but, on the other hand, risking too little and taking a beating at the hand of a rival isnt exactly the ideal setup for a must-win knockout match.

Mexico, who currently top the group on goal differential, have the talent to take it to anyone in this region. Theyre led by Sebastian Cordova, who has fired four goals in two games and has been joined on the scoresheet by the likes of former LA Galaxy star Uriel Antuna and Chivas forward Alexis Vega.

Overall, Mexico have scored seven times while conceding just once from wins over Costa Rica and the Dominican Republic.

The U.S., meanwhile, limped through a 1-0 win over Costa Rica and then the first 45 minutes of their win over the DR. The second 45 minutes, though, were masterful, as the U.S. blitzed their overmatched opponents with their first real sign of life in this tournament.

"Its just going one game at a time," said U.S. winger Jonathan Lewis."If we come into this game against Mexico, and were thinking about the next game after that, were probably going to get battered.

"We have to go in there focused andwe have to take it a game at a time because going into a game like this against Mexico, if they were to come out and batter us because were not focused, that can destroy the whole team morale going into the semifinals."

The U.S. certainly find themselves in a delicate position with the semifinals looming. In addition to the other groups uncertainty, the 20-player rosters offer little room for rotation, as Kreis has already turned to each of his 17 field players and two of his goalkeepers during the teams two-game run.

Further rotation seems inevitable against Mexico, withJesus Ferreira and Justen Glad, both one yellow card away from picking up a suspension, making them logical places to start if Kreis is looking to mix and match.

However, with 11 players on the field and five substitutes at his disposal, Kreis can only get so creative.

It remains to be seen where that pathway turns but, no matter what happens on Wednesday, at least it goes on. The U.S. has already done the hard work to get out of the group, making Wednesdays match a mini-reward, and a massive test, for his team.

"Weve accomplished what we set out to accomplish in the first two matches," Kreis said."Weve qualified ourselves for the semifinal,which we know is the most important game to get to.