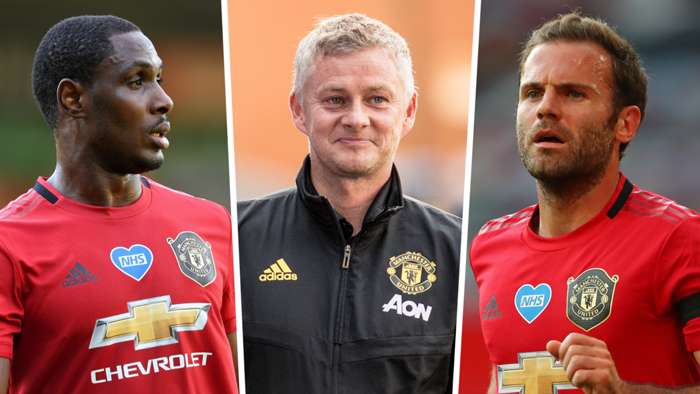 Manchester United secured their Champions League status for next season just over a week ago at the King Power Stadium. With a 2-0 victory over Leicester City in the Premier League, the club ensured they would not be forced to win the Europa League in order to re-qualify for the top competition.

After a long season, and a new campaign coming quickly on the horizon, Ole Gunnar Solskjaer’splayers headed off on a short break and the focus can besolely on winning a trophy.

It would be easy for United to write offthe rest of the Europa League, a second-tier European competition played in an emptystadium,butsuccess in Germany would cap off a successful first full season in charge for Solskjaer.

Champions League qualification has always been the priority but, as the Norwegian would be quick to remind anybody who asks,winning trophies is what Man Utd is all about.

It’s been three years since their last trophy win, andwhile failure to win in Cologne would not be a disaster, victory would be a boost for Solskjaer, who is continuing with his rebuild.

It is understood the Premier League are set to sanction a 30-day break for any English sides that progress in European competitions this summer, meaning they would have an additional seven-day break over their rivals, but it would still be a tight turnaround.

While that additional rest will be welcomed at the club’s Carrington training base, the reality is thatSolskjaer will field a vastly different XI to the starting line-up that battled through the final Premier League games, lookingfatigued and slow.

Expect wholesale changes for the fixture against LASK Linz on Wednesday. With United already 5-0 up on aggregate,and the players feeling the effects of a busy few weeks in the league, Solskjaer will rotate his side.

The 18-year-old defender Teden Mengi has been training with the first team and could be in line for his debut while James Garner and Ethan Laird are also expected to be given minutes.

The competition has provided Solskjaer an opportunity to blood some of United's youth talent, especially in the away clash at Astana whenthree youngsters were handed their full debuts, and it’s given some fringe players the chanceto prove a point too.

Jesse Lingard scored with the final kick of the game against Leicester and is hoping for a strong end to what has been a difficult season.

A potential exit is on the cards this summer; the England international has struggled for game time and fallen down the pecking order at Old Trafford but an impressive finish in the Europa League could help him secure a decent move away from the club.

The academy graduate isn’t pushing to leavehis boyhood team but, with playing time limited and new signings on the horizon, he could decide to move on should the right club come in for him.

Lingard is not the only player looking to prove a point in the final gamesof the season. The last few league fixturesfurther emphasised the hierarchy in Solskjaer’s squad, dividing those who are trusted starters and those who will have to settle for a place on the fringes going forward.

The likes of Juan Mata, Daniel James and Odion Ighalo will all be key for the Europa League run-in - if not in future Premier League campaigns. Meanwhile,Fred and Scott McTominay can remind their manager of their strengths after enjoying good seasons before the suspension of football due to Covid-19.

With Champions League football now secure, Solskjaer can afford to rest his first-choice stars and it’s over to the squad players to deliver his first piece of managerial silverware at Old Trafford.

The temptation may be lurking in the background to go full strength further along in the competition but Solskjaerneeds to focus on the long-term gains that a decent amount of rest and recuperation will provide.

If the team are serious about mounting a title challenge they need to get off to a strong start – something they failed to do lastseason.