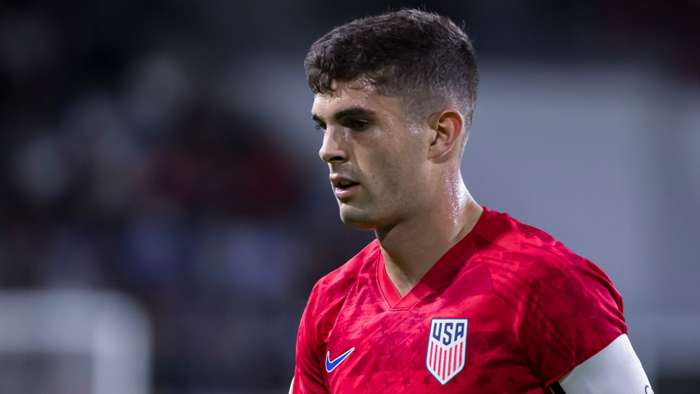 For weeks now, Christian Pulisic has found himself coming under intense scrutiny.

Chelsea coach, Thomas Tuchel, has repeatedly had to explain the American wingers absences while defending his own decisions to leave him out.

Pundits and reporters, meanwhile,have hypothesized about a potentialexit from Stamford Bridge, while Pulisicsperformances -including a Man-of-the-Match display against Sheffield United on Sunday -have had every detail combed over.

The one opinion that has not really beenjust so happens to be the one that matters the most: Pulisic himself.

Since his breakthrough as American soccers first true superstar, Pulisic has often preferred to remain quiet, opting instead to let his talent do the talking. But, when the world is questioning you, sometimes you have to answer them.

And Pulisic is determined to provide some of those answers as he returns to the U.S. mens national team fold.

"It hasnt been the easiest thing," Pulisic admitted of his recent club difficulties. "Obviously, Im a guy who always wants to play, but I think Im on a really good path.

"I love to take on challenges.I love to,not prove people wrong, but prove myselfright in a way. So Ill just continue to work hard.

"Coming into camp, Im really just excited to get more minutes and play for my country. Regardless of whats happening at the club level, Im just thrilled to be here and Im excited to represent this crest again."

After emerging as one of Frank Lampards most reliable goalscorers following the Premier Leagues post-lockdownrestart in the symmer, Pulisic battled injuries as he began his second Chelsea campaign.

Then came the big change: Tuchel.

Lampard was dismissed in January, with Chelsea bringing in the German coach fresh off hisrun to the Champions League final with Paris Saint-Germain.

Tuchel and Pulisic have long had a strong relationship, with the 47-year-oldhaving coached the winger during his rise at Borussia Dortmund.

Pulisic has started just three of the managers 14 games in charge, and has scored just two goals in 28 appearances across Lampard and Tuchels reigns this season.

"I was in a similar situation, I think, when I first came to Chelsea, so I had to work my way and earn my position in the team and to finally get some minutes," Pulisic said. "I feellike I did that and I feel like Im basically going out there and trying to do the same thing now.

"I feel very confident in my form right now and the way Im feeling and playing, so I think Im on a good path."

That path, at least this week, leads him to the USMNT for the first time in a year-and-a-half.

Pulisic has notbeen with the U.S. since November 2019, and has watched from the sidelines as players such asSergino Dest, Weston McKennie and Gio Reyna have blossomed at big clubs of their own.

For U.S. head coach Gregg Berhalter, the reintroduction of Pulisic comes at the besttime, for both the winger himselfand the team.

"I think this will be a great opportunity for him to get together with his friends and get to see the group," Berhalter said.

"I remember when I played for the national team coming back and joining up with the team and seeing all your buddies again and then getting on the field and being able to compete with them, that was the best part of it.

Pulisic added:"Its amazing to watch these guys go throughsimilar stuff to what I go through and what Ive been through, and its just awesome to see other people challenging themselves and playing at such high levels.

"Its really a good thing for our country and for our national team, of course.I wish, obviously, I could have been there instead of watching thoselast couple of friendlies and games that I had to miss out on.

"Now I finally get the chance to play with these guys, and were allreally excited.

"Coming back and just talking to some Americans is always really nice. You kind of take it for granted, always being in adifferent country,but just being able to talk to these guys, some of them that Ive known for so long, its good.

"Its good playing with these guys again and also seeing the new faces.Its exciting times."

This call-up may be nice for Pulisic, but it isalso great news for Berhalter, whofinally gets another chance to work with a player that remains vital to everything this program is doing.

Pulisics ability with the ball remains a key component of Berhalters system, and the coach did say that Pulisic may be tested out in formations other than his usual4-3-3.

The idea, Berhalter said, is to make Pulisic the heart of the team. No matter where he starts, whether that ison the wing or centrally, the hope is that the U.S. can get him the ball in dangerous areas.

That idea will surely be good news to Pulisic, who is once again a centerpieceafter several months of being on the outside looking in at Stamford Bridge.

"Ideally youd want every player to come into camp in top form, butits not always possible though," Berhalter said. "These are things that we do take into consideration and we are thinking about.

"What I would say is we also want to create the type of environment here that the players enjoy coming into, and sometimes this can almost be like a kickstart for the player, and itis the case for Christian on this trip. Were so excited to have him in camp.

"I know he has the resiliency to keep going and I know its a matter of time before he breaks through. Hes a fantastic player, and his qualities will show through, as they did the last game in the FA Cup that we saw."