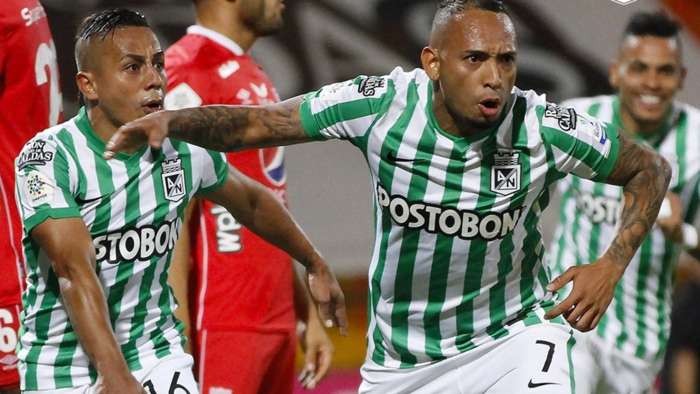 The Liga Betplay is the top level of football in Colombia, with 19 teams from across the country fighting it out in the 2021 edition which started in January.

The campaign is divided into two stages, with a winner crowned at the end of each phase following a play-off competition involving the best eight teams from the regular season.

Both the Apertura and Finalizacion are counted as league victories in their own right, marking a return to the previous format following alterations to the system during the Covid-affected 2020 season.

In-form Medellin sit comfortably inside the top eight which will advance to the play-offs, having won their last clash against America de Cali.

That marked their fifth consecutive unbeaten game, of which they have emerged victorious on four occasions.

Their city rivals went into the weekend in first place, after extending their fine run of form midweek.

Wednesdays win over Jaguares was also their fourth in the last five games, and only two teams have got the better of the Verdolagas this season.

Independiente Medellinvs Atletico Nacional is available to stream worldwide on Fanatiz, where you can sign up for a 7-day free trial.

You can watch all of the 2021 Liga BetPlay season live on Fanatiz .