Independiente vs Boca Juniors: How to watch Liga Argentina matches 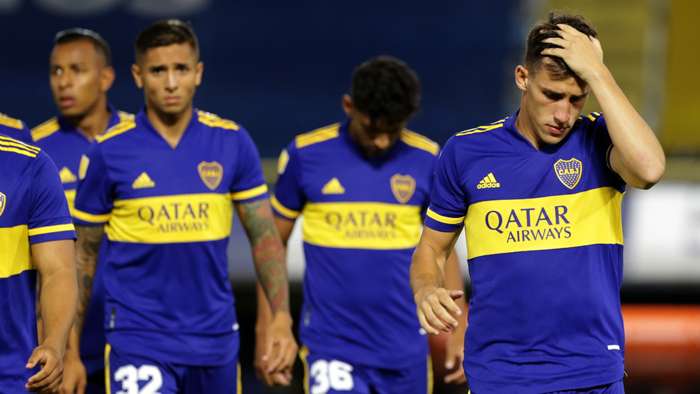 Argentine football begins its program for 2021 with the playing of the Copa Liga Profesional.

Boca was crowned 2019-20 league champions in March after coming out on top during the 23-game season, and also triumphed in the following Copa Diego Armando Maradona, which ended in January.

In lieu of beginning a new league season, the Argentine footballing authorities have instead sanctioned another cup competition, which will run from February to May.

The 26 Primera Division clubs have been split into two groups, with each side playing each other once.

In addition there will be one inter-zonal game every week, where Boca and River, Racing Club and Independiente and the rest of Argentinas Clasico rivals will face off in a series of clashes.

The top four teams from each group then advance to a play-off stage, which will take place in a straight knock-out format in order to yield a single winner.

Independiente changed their coach following a disappointing 2020, welcoming back veteran Julio Cesar Falcioni for a second spell in charge.

So far the switch has worked wonders at Avellaneda, with the Rojo winning four of their opening sixmatches in Zone 2 to stake their claim for a place in the play-offs.

Boca performed a clean sweep in domestic competition over 2020 with league and cup wins, and once more start out as one of the favourites in this new tournament.

That success, though, was overshadowed by a disappointing exit from the Copa Libertadores at the hands of Santos, extending the clubs drought to 14 years.

The pressure is on to perform at continental level, but Boca, who suffered their first defeat in the competition at the hands of Talleres last week,will also be expected to reach the latter stages of this Copa as a bare minimum.

Independiente have lost defender Alan Franco, who sealed a move to MLS with Atlanta United, while Silvio Romero and Braian Martinez will be sidelined after testing positive for Covid-19.

Boca hope to welcome back Carlos Tevez, who sat out Wednesdays Copa Argentina victory over Defensores del Belgrano to rest his troubled ankle.

Watch all this weekends Copa Liga Profesionalmatches on Fanatiz with a 7-day free trial.