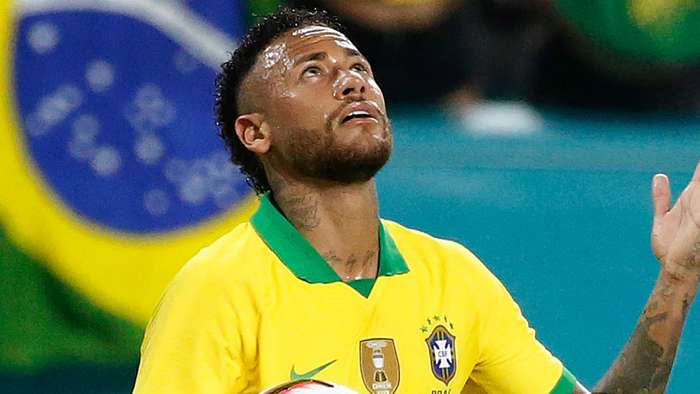 Brazil have confirmed that Neymar has been released from their squad through injury, with the Paris Saint-Germain forward set to sit out 2022 World Cup qualifiers against Venezuela and Uruguay.

Neymar was called upon, though, in the hope that he could return to full fitness in time to figure in a crunch clash with Uruguay in Montevideo.

The PSG superstar has, however, been unable to recover enough to force his way into Tite’s plans.

Rodrigo Lasmar, Brazil’s national team doctor, told reporters when offering an update on Neymar: “We were hopeful that he could play, that's why we brought him to Brazil.

“He improved but not enough so that he'll be ready for the game on Tuesday against Uruguay. The backroom staff decided to release Neymar.”

That news will be welcomed by those back at Parc des Princes, with PSG boss Thomas Tuchel having queried Brazil’s decision to select Neymar when he was clearly not ready to play.

He said at the time: “It's the right of the national team to call up players. We cannot do anything.

“If the boys are injured and can't play, I always prefer that they don't play.

“It's a super important phase, a good time to recover for players, but we have confidence that they will be treated well, that they have good care and good preparation. It's the truth. We have confidence in these people who are responsible for the national teams. If the players are called up, there's nothing we can do.”

Brazil have already lost Philippe Coutinho, Fabinho and Rodrigo Caio to injury, while Eder Militao and Gabriel Menino are unavailable after contracting Covid-19.

Flamengo striker Pedro has been included in Tite’s plans to help provide attacking cover, but Merseyside rivals Richarlison and Roberto Firmino – of Everton and Liverpool respectively – will be among those asked to lead the line in Neymar’s absence.

Tite has said of his tactical tinkering: “The placement in relation to Richarlison is nine. Firmino's will be a freer player, more bow than arrow, unlike the other games.

“I don't want to go into more detail. In terms of strategy, we try to preserve some information.”