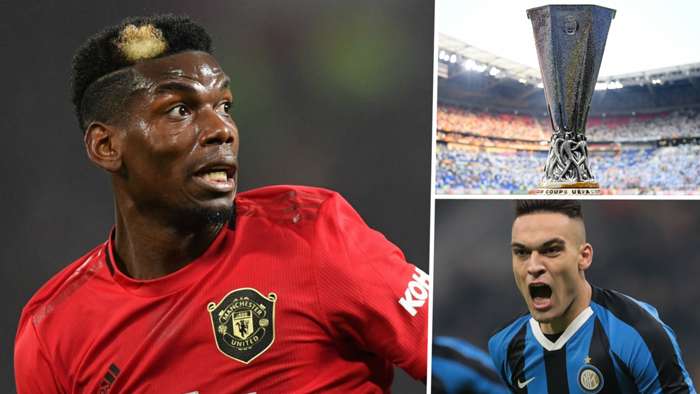 Manchester United are only the third-best team left in the Europa League, according to Andreas Brehme, who thinks Inter and Bayer Leverkusen are "stronger" than the Red Devils.

Ole Gunnar Solskjaer's men beat the Austrian outfit at Old Trafford to progress tothe Europa League quarter-finals 7-1 on aggregate, and will now face Copenhagen for a place in the last four.

The Red Devils could come up against Italian giants Inter in the final if they keep winning, witha clash against Bundesliga outfit Leverkusen up next for Antonio Conte's side.

Ahead of the two fixtures taking place in Germany on Monday,Brehme has expressed his belief that the Nezarurri will win the competition if they can overcome Peter Bosz's team.

The ex-Inter full-back says Leverkusen are more formidable opponents than United, whohe has predicted to come up short in the showpiece event later this month.

"I have no doubt, for me it’s Inter," Brehme told Gazzetta dello Sport. "The Nerazzurri are a great team, although Bayer Leverkusen are strong and have an excellent forward like Havertz, but Conte’s squad takes the lead.

"I’d say, whoever wins this game has a great chance of raising the Europa League trophy. The semi-final against either Shakhtar Donetsk or Basel is winnable.

"On the other side of the bracket, I think Manchester United will qualify for the finals. But both Inter and Bayer are stronger than the English club."

After watching United's 2-1 victory against LASK last time out, club legend Paul Scholes warned Solskjaer that Romelu Lukaku will be motivated to help Inter get one over on his former employers should the two teams meet in the final.

The treble winner told BT Sport: "This Europa League is a really big opportunity for them now.

“There’s some decent teams left in there, you can’t dismiss the likes of Sevilla, who won it three times on the trot at one stage.

“Roma obviously will have quality -Italian teams are always difficult to play against.

“But the biggest threat to Man Utd winning this Europa League to me is Inter, I think they’re along with United the best team in it.