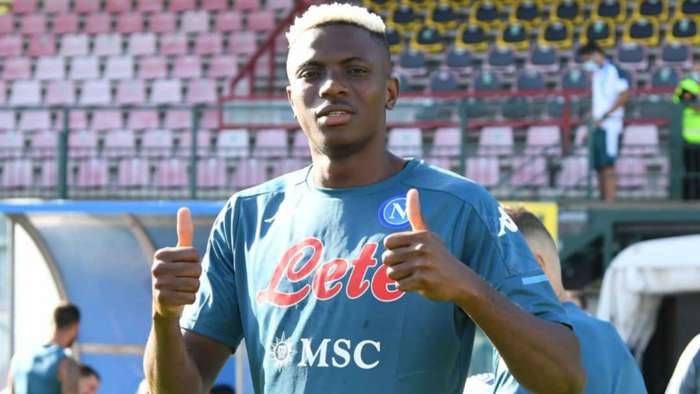 Napoli head coach Gennaro Gattuso has warned fans not to expect too much from summer signing Victor Osimhen, despite the Nigeria international striking a treble on his debut.

It took him only eight minutes to compile his three goals, but Gattuso has called on fans not to expect too much from the €80 million (£70m/$93m) man.

“It’s not like we suddenly signed Pele or Maradona, we simply brought in a player with certain characteristics that can help us,” he told Sky Sport Italia.

“It’s too easy to get excited now, we’ve got to give him time and let him work, not put pressure on.

“He is an important player and we paid a lot for him, but there were no doubts he would give us something different that we haven’t had in my time here. There’s a long way to go.”

Meanwhile, the coach is pleased with the direction the team is heading, though he has warned that more needs to come from them if they are to reclaim their place among Italy’s best sides after a seventh-placed finish last term.

“I am satisfied with the workwe’re doing, the team is motivated and knows what it wants,” the former Italy midfielder said.

“We are all aware that we have to improve in so many respects. We’ve got to do better when off the ball, be able to cover every inch of the field and find the right balance.

“More importantly, stamina, because I still can’t believe we basically scored three goals against ourselves against Barcelona in the Champions League. We’ve got to stay totally focused for 90 minutes.

“We must be aware that what we did last season wasn’t enough to qualify for the Champions League, so we must all do more and believe strongly in what we are doing.”