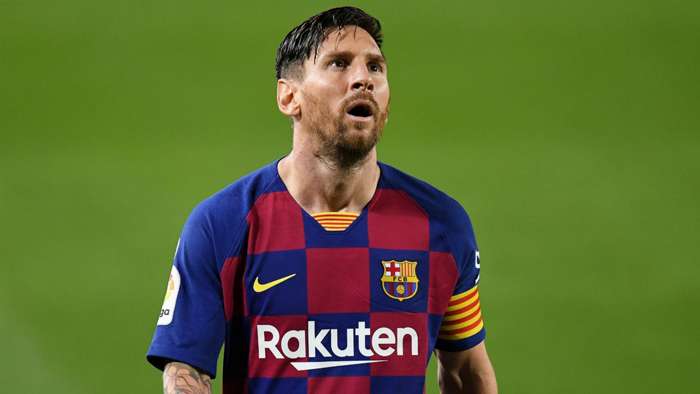 Lionel Messi and Barcelona could be heading for a sensational split, and the man who hopes to become president at Camp Nou next year says: "It gives me nightmares."

Victor Font, who is rivalling Joan Laporta in the race to succeed current Barca chief Josep Maria Bartomeu, says he fears the prospect of the club's record scorer departing.

The Argentinian forward has been notably quiet since Barcelona were trounced 8-2 by Bayern Munich in the Champions League quarter-finals.

Messi allowed Gerard Pique to explain away the torrid night in Lisbon, and there has been silence since.

Bartomeu said he had spoken to Messi's father, but not to the player himself, while new boss Ronald Koeman declared he needed to speak to the 33-year-old to determine his intentions.

Font said in an interview with Catalannewspaper Sport that he did not discount the possibility of Messi leaving.

"I believe there's a risk and it gives me nightmares. Messi is vital to this club, the most important player in its entire history and it'll only grow after he retires," Font said. "The relationship between Messi and Barca must continue after he's hung up his boots. He should be the image of this club and its growth throughout the world."

Such comments are to be expected from a man seeking to bolster support for his campaign, and going after Bartomeu during Barcelona's time of crisis is also unlikely to damage Font's standing.

He stuck the boot in on the incumbent president by saying the sacking of Quique Setien and appointment of Koeman was "an escape route" for the board, and made it clear Koeman would not remain boss under his tenure.

Font had previously stressed Xavi would helm first-team operations under his regime, and he appeared to indicate the best he could promise Koeman was a role elsewhere on the staff.

"I wish, and I mean this from my heart, Koeman and Barca win the treble," Font said. "I'm sure that Xavi, at the head of this project, would find a place for Koeman's talent too."

He said it was "nonsense" that "the same people who caused this crisis are still making the decisions", including newly-promoted technical director Ramon Planes, calling for a clearout from the top down and saying it was "irresponsible" that Bartomeu had not already resigned.

Font's concern is that players he would want to keep at the club could be swept out by the current regime, with Bartomeu having spoken of "drastic measures" being planned and the anticipated departure of "legendary" figures.

From Font's perspective, the sporting side of the club is discredited, after the Champions League humiliation and the slump since lockdown that saw Barcelona overtaken by Real Madrid in La Liga's title race.