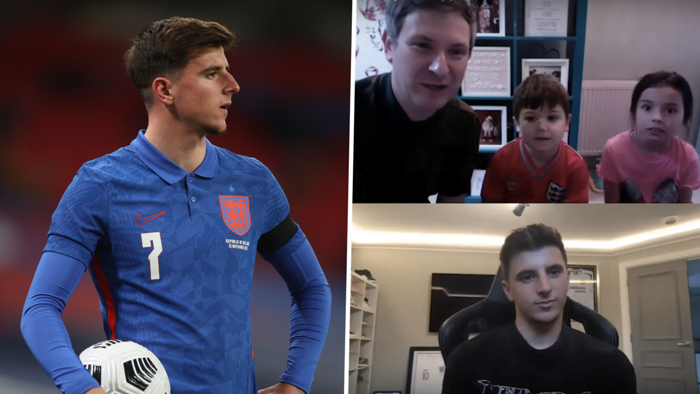 Mason Mount has spoken about his humbling experiences working with UK charity 'Together for Short Lives', and he has begun taking a hands-on role through meetings and donations in recent weeks.

Mount is a regular starter for both Chelsea and England now, but he wants to be more than just a footballer.

"It makes me want to be a better person having learned about experiences like that but it also just meant a lot to me to speak to Alfie and his family," Mount told Goalin an exclusive interview.

"It has helped me as a person to learn about these individuals who go through these difficult moments. It is unbelievable to see how they had to deal with hearing about Alfie’s life-limiting illness on the phone and it was such a tough time for them to go through that.

"For someone to say your son has a life-threatening illness only on the phone is hard to believe."

It took careful consideration for Mount to put his name to a cause this Christmas, but Together for Short Lives means a lot to him due to his own tight family unit.

Tony Mount, his father, has been very influential in his career - driving him the long distances between his home near Portsmouth to west London to train with Chelsea .

To this day, Tony still guides his son with well-placed advice having coached at non-league level.

He is also close to his brother and sister as well as his mother Debbie, who hasput in greatefforts in supporting her son's football career. Those memories came into Mount's mind particularly ahead of the holiday season.

"Christmas means a lot to me as me and my family have always been together celebrating, it is a big thing for my family," he added. "Especially at this time where families have even more problems due to the UK lockdown.

"I know people might not be able to visit their families when they normally would be together when they deserve to be together. The support is everything; I want everyone to look out for each other, I want us all to support each other so no families feel alone."

Mount is the latest of a host of young England stars to find off-field causes to support duringthe UK coronavirus pandemic, which is causing health and economic problems across the world.

Marcus Rashford has taken time to campaign for free school meals and has recently been involved with Macmillan Kids UK to improve literacy for children.

Together for Short Lives estimates that99,000 children are seriously ill in the UK. It aims to support families through the right end-of-life care and is pushing for donations this Christmas through itswebsite.