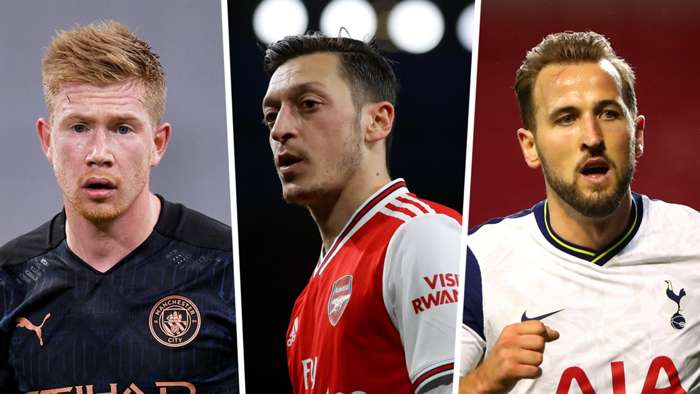 A perfectly weighted through ball is one of the most beautiful sights in football, and the tighter the angle, the more bodies it slips between, the more suddenly the ball slows and sticks to the turf, the more glorious the pass.

What made Mesut Ozil such a wonderful player is that graceful, delicate way in which he would caress the football, slipping it between the lines so unexpectedly it was as though the physics had kinked, the ball skipping through time to arrive at the striker’s feet on the blindside of everyone else.

It’s why Ozil being frozen out at Arsenal feels so wistfully sad. That type of player, once the most revered role of all, is now an indulgence: the No.10 reduced to the status of ‘luxury’ playmaker. However, over the last few weeks, perceptions of Mikel Arteta’s use of Ozil have shifted.

Last season, the manager’s preference for structure, hard pressing, and discipline made Ozil’s omission easy to understand. He was a player from another era, a symbol of the indulgence of the final years of Arsene Wenger's tenure. This season, with Arsenal desperately lacking creativity, Ozil finds his reputation growing.

Sometimes absence makes the heart grow fonder. Arsenal are missing something of the fire, the glamour, of the old days and Ozil, trapped on the outside, remains representative of the era – just not as we would have expected a few weeks ago.

So, perhaps, in this most unique and confounding of Premier League seasons, Shaqiri’s assist marks the beginning of a comeback for the floating No.10.

There are tactical reasons to believe this is happening and, as with every other major change in football at the moment, it has everything to do with these unprecedented times. Empty stadiums and a congested fixture list are reshaping the Premier League.

The most common effect so far is a general simplification of tactics and the most obvious example of this is how Jose Mourinho’s tactical style has seemingly become relevant again.

So recently viewed as out-dated – even more so than Ozil – Mourinho’s reactive approach with a compressed midblock and quick counterattacks suddenly seems the right way to deal with constantly fatigued players, as well as the lack of focus that accompanies empty stadiums and life amid a pandemic.

Reverting to older tactical systems could benefit traditional No.10s, who have been phased out in the last decade. In recent years, the Premier League has become increasingly territorial, with clubs either pressing extremely aggressively or dropping right back into a defensive shell.

This is partly a reflection of the wealth gap, with bottom clubs forced into retreat, and partly the influence of Jurgen Klopp, who introduced gegenpressing as a means of countering the stagnation that can develop from games when the strong team holds 70 per cent possession and faces a brick wall.

Inevitably, there is no room here for a ‘luxury’ playmaker. A high-pressing game involves huge risk, and just one element of the team being out of place sees the entire system topple like a house of cards, offering the opponent the chance to counterattack over the top of an ultra-high line.

The Ozils of this world cannot always be trusted to press, to hold their shape, to listen to positional instruction. In fact, these run in direct contrast to their skillset; the No.10 is dangerous precisely because he is unpredictable in his choices and untrackable in his movements. And so began an era of the No.10s either redefining themselves or fading into irrelevance.

They were either shifted into wider roles – minimising the damage of poor pressing and positioning – or repositioned outside the No.10 zone. Some dropped deeper to form a three; others were told to press in line with the striker.

From Kevin De Bruyne to Eden Hazard to Jack Grealish, the best creative midfielders no longer lurk for long periods in the traditional trequartista position.

However, the tactical landscape of the Premier League is softening. Whether through tiredness or a subconscious impact of playing without fans, pressing has dropped significantly and the sense of fine-tuned organisation is disintegrating.

In other words, the Premier League at the moment feels an awful lot like 2010-2015, when tactics were limited to picking a formation and preaching a vague notion of playing style.

Teams are drifting, the sense of control from the dugout rapidly diminishing in this coldly artificial – and exhausting – mid-pandemic environment, while the fixture congestion is giving managers less time to coach match-specific tactics in training.

The net result is this regression to a more primitive version of the Premier League.

As that happens – as spaces open up, as formation lines unravel – the improvisational and individualistic quality of the No.10 could be just what’s needed. There are already signs of this among the Premier League’s biggest clubs.

To return to Mourinho, Harry Kane is finding more joy dropping into the No.10 space than ever before. Kane has done this throughout his career, but he’s never found it to be quite such a fruitful endeavour; never found so much room between the lines of tired and unconditioned opponents.

One team ahead of the curve, in that they were falling so far behind it eight months ago, is Manchester United, ambling around without any tactical direction under Ole Gunnar Solskjaer. It is no coincidence their own No.10, Bruno Fernandes, gets so much attention for his form (or lack of it) at Old Trafford. As Fernandes struggles, so do United.

The same thing is happening at Leicester City, who despite normally benefitting from Brendan Rodgers’ detailed tactical coaching are just as prone to the loss of focus this season as anyone else. They’ve looked poor without James Maddison and suddenly transformed by his reintroduction in a high and free role behind Jamie Vardy.

If there is to be a trend back towards the No.10, we are right at the very beginning of it. Perhaps, in time, Kai Havertz will excel acting on his own in the midst of a Chelsea side that badly lacks tactical direction under Frank Lampard. Perhaps De Bruyne will re-energise Man City from a more obviously central role.

One thing we do know is that Ozil, left out of Arsenal’s 25-man squad, won’t be making a comeback. It’s a great shame, because in a retro Premier League season, Arsenal’s No.10 could have rewound the years.