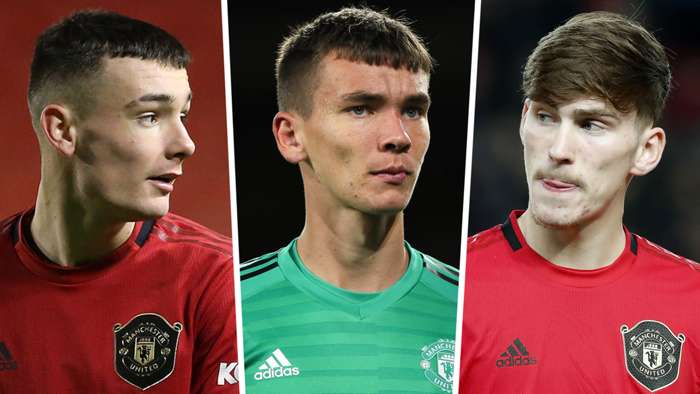 Manchester United are looking to send Under-23 stars such as James Garner, Dylan Levitt and Di’Shon Bernard out on loan next season.

However, Wood believes that the likes of Garner, Levitt, Bernard andMatej Kovar – all of whom have attracted interest from Championship and League One sides – would be better served by regular game time at senior level.

"I think if they’re not going to be around the first team, then the natural next step is to go out on loan, so they can show how good they are,” Wood told Goal.

"It wouldn’t be right to keep them in the 23s for another season just to bolster the squad, or because we’ve gone up a league and we’ll be playing tougher opposition. It wouldn’t make sense to hold them back in their careers.

"At the minute, Jimmy (Garner) is training with the first team, Teden (Mengi) and Ethan (Laird) are there too, while we’ve also got Dylan Levitt, who is a very good player and ready to go out on loan.

"It's the same story with Di’Shon Bernard, who is ready for a tougher test. So, what we want for them is to go and play once or twice a week in a professional environment, where there's pressure to perform and it’s down to them to deliver.

"They’re confident and I think they'd do well, so there’s every chance they could come back and have a big impact at this club.”

The U23s returned to training a couple of weeks ago and the group currently consists not only of those likely to go out on loan and others who have already been released (but are allowed to keep on training with United until they find a new club), but also a number of exciting players from the U18s.

It's an odd mix but Wood has been pleased with the work they've done so far and is now looking forward to testing the young newcomers to his squad in upcoming friendlies against football league sides Macclesfield Town, Doncaster and Morecombe.

"When we go to play teams in the U23s league, they’ll drop some older players in or will boost the squad with some first-team fringe players, so we know that it’s a challenge for young lads.

"But we just need to continue the path of trying to push the talent forward, working with individuals to get them to the first team.

"If they’re 16 or 17 and the talent is there, then I don’t see any reason they shouldn't be pushed up a level. If they’re good enough, they’re old enough.”

Indeed, while Wood is proud to have earned promotion in his debut campaign as manager, what pleases him most is getting players into the first team.

Ole Gunnar Solskjaer has handed eight debuts to academy graduates this term, with Teden Mengi the latest, after coming off the bench in last week's Europa League clash with LASK.

“A lot of credit has to go to the manager for trusting in them," Wood humbly said. "He’s obviously sees the talent that’s here and he's willing to give them a chance.

“Teden deserved his debut. He’s worked so hard. He was originally with the 18s and he stepped up with us quite early in the season.

"He’s worked hard every day, consistently, he’s willing to listen, and he’s ready to improve all aspects of his game. You can have an open conversation with him and he will take your points on board and will give you some good feedback as well.