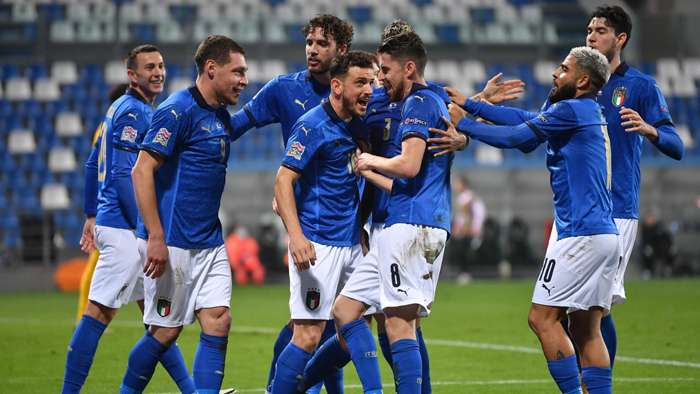 Italy will be aiming to make a strong start to their2022 World Cup qualifying campaign when they welcome Northern Ireland to Stadio Ennio Tardini on Thursday.

The Azzurri failed to reach the 2018 edition of the tournamentafter losing a play-off against Sweden, the only time they have missed out since 1958.

Northern Ireland took 19 points from the 10 matches they played in 2018 World Cup qualifying but are 14/1 (15.0) to become the first visiting team to ever win a World Cup qualifier in Italy.

A draw would certainly be welcomed by the visitors and that is priced at 6/1(7.0) with the online bookmaker.

Bryan Cristante and Moise Kean havewithdrawn from the Italy squad through injury, whilst Alessandro Bastoni, Stefano Sensi and Nicolo Barella are all unlikely to feature in this one.

Northern Ireland, meanwhile, will be without the injured Conor Washington but otherwise Ian Baraclough has a fully-fit squad.

Italy have gone from strength-to-strength since a disastrous 2018, recording 10 wins from 10 in Euro 2020 qualifying and topping Group A1 in the Nations League.

Since the start of 2019, Roberto Mancini’s side have scored 44 times in 16 competitive games whilst conceding only six goals, and another routine win should be on the cards in Parma.

Whilst Northern Ireland were somewhat unlucky not to reach this summer’s European Championships, they finished bottom of their Nations League group last year and conceded 24 times in those combined 14 games.

The only competitive wins that the Green and White Army have recorded over the last three years were against Estonia and Belarus, and it seems unlikely they will prove too much of a challenge for Italy.

Italy typically produce professional if unspectacular performances and backing under 2.5 goals on the Asian Goal Line at 2.030 with bet365 is the best bet for this World Cup qualifier.

The bet will pay out in full if there are two or fewer goals, as there have been in each of the hosts’ last six competitive games.