James: I wanted to leave Real Madrid and the club wouldn't let me 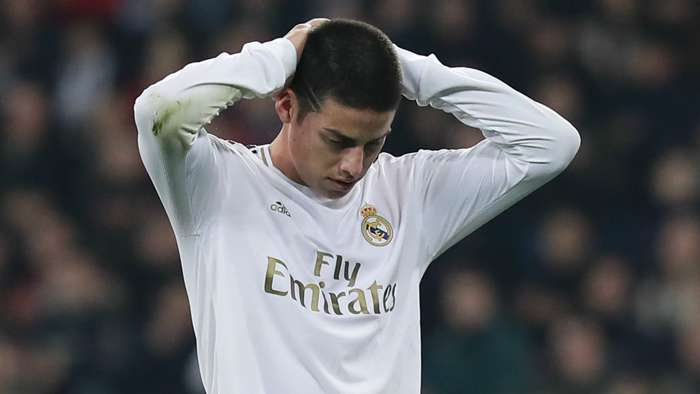 James Rodriguez has revealed that he attempted to secure an exit from Real Madrid last season, only for the club to reject his desire to seek fresh opportunities elsewhere.

With just 14 appearances across all competitions in his latest campaign at the Santiago Bernabeu, it has been another season of frustration for the winger, who returned to the fold following a two-year loan spell with Bayern Munich.

Though his trophy cabinet has been further furnished with success in La Liga, Rodriguez played a minimal role in that league titleand has now opened up on his dejection, revealing that Madrid blocked a prospective move away to play regular football.

"Not playing is frustrating," the 29-year-old revealed on the “Realeza del Fútbol Latino” podcast."I know I have the conditions to always play, but because of other people, I cannotdo it.

"If I were a bad player, I would accept it, but I'm a person who wants to win and always play.

"When you see you don't have the same opportunities as your team-mates, it's hard. I wanted to leave but the club wouldn't let me."

James has often struggled to find common ground in his relationship with Zidane, and acknowledged that his lack of chances under the Frenchman was a driving factor in his attempts to move on from Madrid.

"He has his own tastes for some players and you have to respect that," he added. "I don't get involved with things like that.

"I wanted to go somewhere where I would have played, as I knew that I wouldn't have chances to do that underZidanebecause he already has his base."