James Rodriguez: Theres more to come from me at Everton 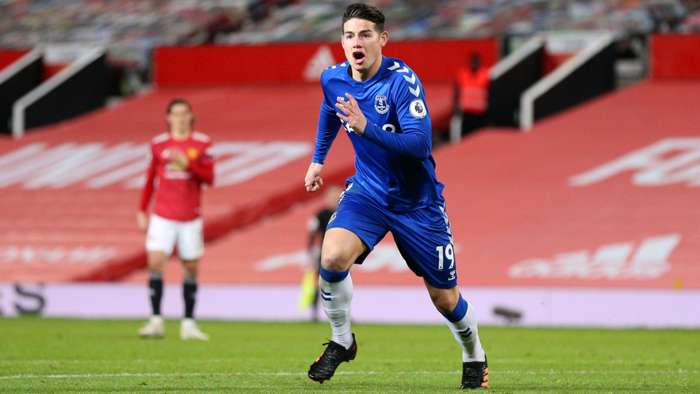 James Rodriguez promises there is "more to come" from him at Everton.

The Colombia international has impressed since joining from Real Madrid in September.

Rodriguez has netted five goals and registered four assists in 18 appearances in the Premier League, but he has not featured since the Toffees beat Liverpool 2-0 on February 20.

The 29-year-old expects to be fit toreturn to action for Carlo Ancelottis side when they face Crystal Palace next week and he hopes to maintain his positive impact on the team.

He told the clubs website: “I’m reasonably happy with how I am playing. I think there’s more to come and I can hit some better form.

"But when I’ve performed well, it’s had a positive effect on the team. And that’s what I want: for the team to play good football and perform at a high standard.

“It’s been very easy to settle. I’ve come to a good club, a club that wants to achieve big things."

The former Monaco star says Ancelotti knows how to use him properly and they have a close bond.

“I’m with a manager who knows exactly what I’m like. He knows how to relate to his players and staff," he added.

“I get on fantastically well with him, just like a father and son.So, everything was very easy and straightforward.

“The football is a lot more physical [than other European leagues he’s experienced]. There’s a lot of contact and you see fouls all the time.

“But these are all new experiences and I’m happy to be adding this one to my list.”

Everton have lost their last three matches in all competitions and now sit eighth in the Premier League - five points adrift of Chelsea, who occupy the final Champions League place.

The Merseyside outfit host Crystal Palace in the league on April 5 before a trip to Brighton the following week.