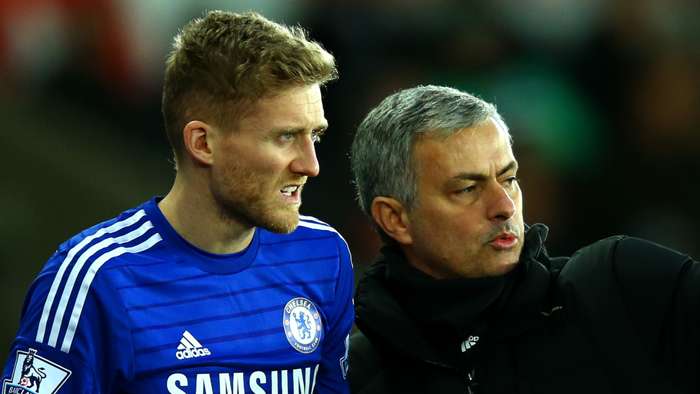 Former Germany international Andre Schurrle has labelled Tottenham boss Jose Mourinho “a brutal guy” and recalled how the Portuguese manager's approach to coaching destroyed his confidence while at Chelsea.

Despite his reputation as one of Europe's most exciting attackers, talent mattered for little under Mourinho as the tactician's efforts to draw the best out of his new acquisition ended up having the opposite effect.

“He's a brutal guy,” Schurrle said in a YouTube interview with German presenter Joko Winterscheidt. “I always thought to myself: What does he do anyway? Why does he treat me like this? Why does he do this to people?

“In retrospect, I realise what he wanted and what resources he was working with. At the time, I couldn't really deal with the things he wanted from me because of all the harshness and the psychological pressure.

“Back then, it was extremely difficult. I would often drive home after conversations with him and just thought I couldn't do it anymore. What could I do? He was building up such extreme pressure.”

Although Schurrle had the feeling that Mourinho “liked” him and wanted to “push” his career forward, the ex-forward added: “He still put a few things into my head that were difficult to process.”

Schurrle had actually been in contact with Mourinho even before his move to Stamford Bridge, with the German having taken part in Michael Ballack's farewell match in Leipzig – a game in which the Portuguese was his coach.

He said: “At that point in time June 2013I was already in negotiations with Chelsea and Mourinho was my coach for the game. He said to me, 'If you don't score two goals today, I'll loan you to Southampton'. I didn't know if he was joking or not.”

The attacker did get playing time in his first season under Mourinho, but found minutes increasingly hard to come by as time wore on and saw his confidence shattered as a result of his boss' treatment.

Schurrle said: “It was often the case that I played from the start and then he'd replace me at half time. Then, in the next game, I wasn't in the squad and I was in the stands. I couldn't understand that at the time and I lost my self-esteem. My ego was hurt.