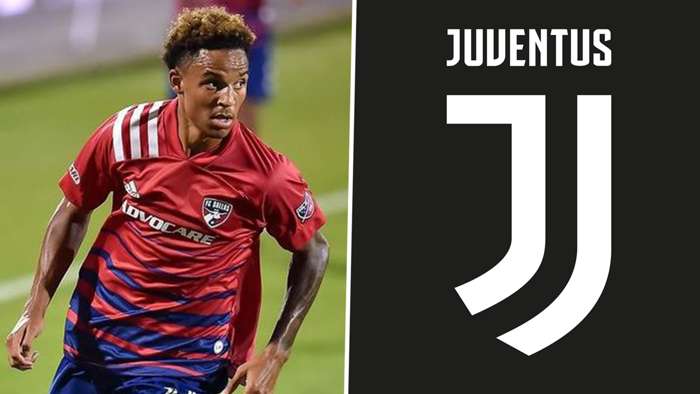 Talks had been progressing well in recent weeks over an approximate €8 million (£7m/$10m) transfer and any doubts over the deal going through have now been put to bed, with Benevento finalising the last of the paperwork ahead of announcing the signing in the coming days.

With Filippo Inzaghi's side pushing through the deal at Juve's behest, it could be that Reynolds is allowed to stay at Stadio Ciro Vigorito for an additional season once the loan with an obligation to buy is completed, but the Old Lady will make a decision on that at the end of 2020-21.

Benevento sporting director Pasquale Foggia confirmed the club's interest on Saturday, telling Sky Sport Italia: "We’re negotiating to sign him with Juventus as the next destination, but it’s not a done deal. We’re interested because Reynolds is a real talent."

A product of the FC Dallas youth academy, Reynolds was fully signed up with the Major League Soccer outfit at the age of 15 and has made 31 first-team appearances for the club since making his senior debut in May 2019.

When Reynolds does join Juve, he will become only the second American to represent the club, with Weston McKennie currently turning out for the Bianconeri on a year-long loan deal that will likely become permanent at the end of the season.

Benevento are currently 10th in Serie A after 17 matches, 19 points behind leaders AC Milan. Andrea Pirlo's side, meanwhile, occupy fourth place, seven behind the Rossoneri, although the reigning champions have a game in hand over their Milanese rivals.

Juventus have lost only one match in Serie A this season and host Genoa in the Coppa Italia on Wednesday evening.