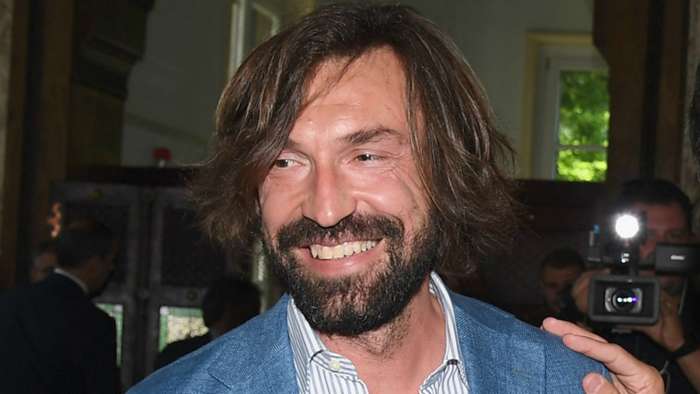 Juventus coach Andrea Pirlo has completed his UEFA coaching qualifications just days before taking charge of his first match with the Bianconeri.

A UEFA Pro licence is required in Italy for any manager taking charge of a team in Serie A or Serie B.

The FIGC announced that Pirlo had scored 107 out of 110 on his final exam, making him the second-best student behind former Genoa boss Thiago Motta, who scored 108.

Pirlo was also required to write a thesis as part of earning hisUEFA Pro licence, and the 41-year-old's paper analysed the changing role of players on the pitch.

According to the FIGC: "Pirlo's thesis analyses –using the terms written by the coach himself –the adaptation 'to the increasingly liquid context of matches.'

"In modern football, in fact, 'The meaning of a roleis changing.It is no longer a fixed position that identifies the characteristics of a player, but more and more it is different functions and therefore the tasks that a player performs in the match to identify him.'"

Pirlo was appointed Juventus head coach last month after the club sacked Maurizio Sarri in the aftermath of a disappointing Champions League exit to Lyon at the last-16 stage.

Though he had no head coaching experience and had only just been named Juve's U23 head coach, Pirlo was put in charge of the nine-time defending Serie A champions.

Pirlo will take charge of his first game on Sunday when Juventus host Sampdoria at the Allianz Stadium.

As Juve look to earn another Serie A title and a first Champions League trophy in 25 years, the club has been scouring the transfer market for a new striker after Gonzalo Higuain's departure.

TheBianconeri have agreed personal terms with Barcelona striker Luis Suarez, butthe Uruguayan's move to Turin is in doubt due to concerns over a delayed process to secure an Italian passport.