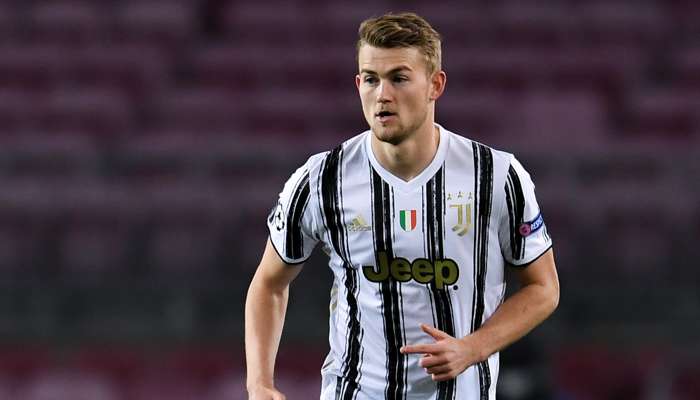 “Juventus Football Club announces that, during the checks provided for by the protocol in force, Matthijs De Ligt has emerged positive with Covid-19,” read a statement on the club’s website.

“The player has already been placed in solitary confinement.”

De Ligt missed the start of the season after undergoing shoulder surgery over the summer but has featured in every game for Juventus since returning to fitness at the end of November.

The Bianconeri have lost just once in 12 games in all competitions since De Ligt returned to the side, helping them recover from an inconsistent start to the season that saw them fall behind the early pacesetters in the Serie A table.

Pirlo’s side are currently third, seven points behind leaders AC Milan, though they have a game in hand on all of the sides above them. They host Sassuolo in Turin on Sunday with Roberto De Zerbi’s side just one point and one place behind them in the table.

De Ligt is the second Juventus player to test positive for coronavirus in the space of a week after Alex Sandroreturned a positive test on Monday.

The Brazil international is also currently self-isolating after he displayed mild symptoms of the virus. Sandro played alongside fellow defender De Ligt in Sunday's 4-1 league victory over Udinese in Turin.

The news comes as a number of countries grapple with a fresh wave of coronavirus cases, which has inevitably had an impacton sport.

In England, four Premier League matches had to be postponed in December because of outbreaks at clubs’ training grounds.