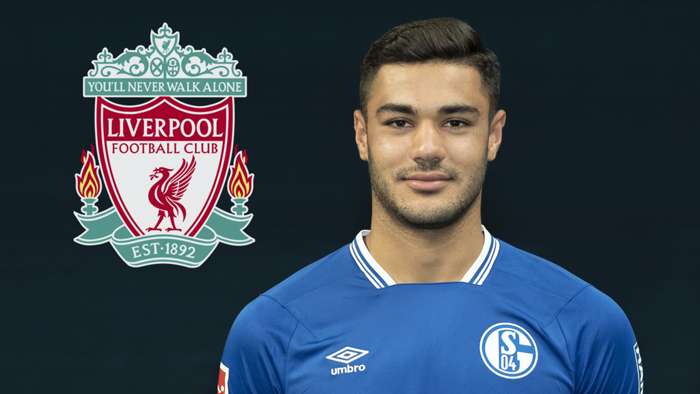 Schalke star Ozan Kabak is a target forLiverpool as the Reds seek to bring in a second centre-back before the January transfer window closes, with Marseille's Duje Caleta-Car also an option.

Davies will provide Jurgen Klopp with extra cover at the back amid an injury crisis which has forced the German to shuffle his pack amid the Reds' defence of the Premier League title.

Virgil van Dijk and Joe Gomez have missed the majority of2020-21 with serious knee issues, while Joel Matip and Fabinho have also picked up untimely knocks, leaving Klopp with no choice but to deploy club captain Jordan Henderson as a centre-half.

NatPhillips filled in alongside Henderson during recent wins over Tottenham and West Ham, but Liverpool are set to dip into the market for reinforcements againhaving identified several short-term targets.

Goal can confirm that Kabak is on the club's final shortlist, and it has been reported that he could make his way to Anfield on loan until the end of the season, with an option to buy set to be included in the final deal.

The 20-year-old, whohas been consistently linked with the Reds over the past few months, has been one of the few bright sparks in an otherwise disastrous Bundesliga campaign for Schalke, featuring in 14 games in total.

The Turkey international graduated to the first team at Veltins-Arena in 2019 and has since nailed down a regular spot in the team, attracting attention from a number of clubs across Europe in the process.

Liverpool are thought to be close to winning the race for his signature, but the Merseyside outfit are also looking at alternative options, including Marseille's Caleta-Car.