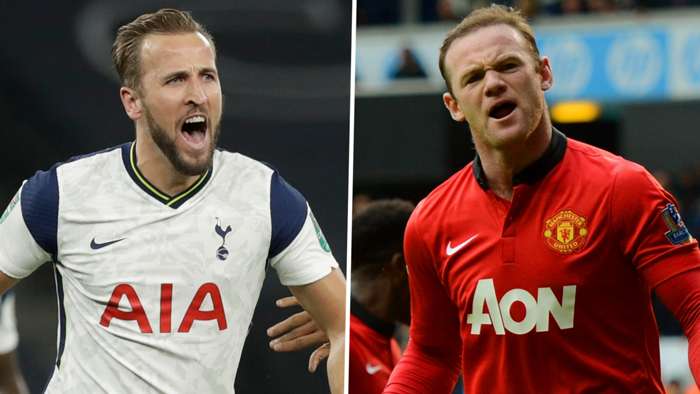 Harry Kane has the potential to be “one of the greats” but is not yet at Wayne Rooney’s level and remains outside of the Premier League’s top five all-time top strikers, says former Tottenham frontman Darren Bent.

A remarkable strike rate for Spurs has a prolific 27-year-old sat on 200 goals from 300 appearances.

Kane has also found the target on 32 occasions through 49 appearances for his country, and is currently captain of the Three Lions.

Rooney’s record haul of 53 appears to be in his sights, while it could be that Alan Shearer’s mark of 260 is chased down in the Premier League – with a further 111 efforts required there.

Bent believes Kane is capable of becoming a legend, but believes he still sits behind iconic figures such as Manchester United great Rooney as things stand.

The ex-Spurs striker told talkSPORT: “Kane’s certainly got the potential – if he carries on this path – to be one of the greats.

“I don’t think I put him in the top five yet. Longevity has to play a part.

“He’s got 149 Premier League goals in 213 games, which is extraordinary. But when you look at the all-round package of what he does, when Wayne Rooney was at his absolute maximum, you can’t tell me Kane is better.

“It’s only now we’re starting to see the full package with Kane. You think about all the positions Rooney got asked to play. He played everywhere.

“You forget how good he was. So to say Harry Kane is the best English centre-forward, I don’t think so.

“I’m a big fan of Kane and he’s one of those strikers where every time they get the ball around the box you’re thinking it’s a goal.

“Potentially Kane could be the best but if you’re looking at the full package, holding the ball up, bringing others into play, technique… you can’t beat Rooney.”