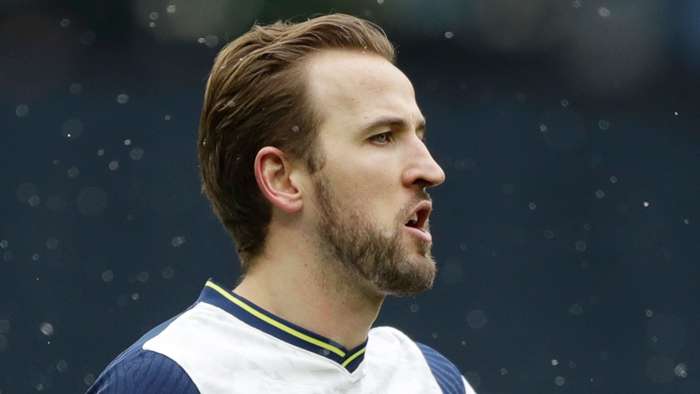 Harry Kane "will beat every possible record" in Tottenham's history in terms of goals, according to Jose Mourinho, who has heaped praise upon the "special" Tottenham striker.

The England international looked a bit rusty in the first half as he squandered two gilt-edge chances on his left foot, but made no mistake with his right early in the second period.

Kane latched onto a neatPierre-Emile Hojbjerg pass before dispatching calmly past Sam Johnstone in the Baggies' net, and Son Heung-min doubled Spurs' advantage moments later to seal a 2-0 victory for the hosts.

Mourinho hailed his star frontman in his post-match interview, telling BT Sport:"I loved the compromise of the players, the effort, the determination, the clear wish to show everyone how together they are and how much they were suffering with the bad results and how much they wanted the victory.

"That was the fundamental thing. In the first half we were dominant and could have killed the game.

"At half-time we had confidence, we were positive, I only spoke to them for one minute. We were going in the right direction.

"Harry Kane is a special player in the history of the club. He will beat every possible record. We had very good individual performances today.

"At the end of the season you have the truth, we will be where we belong, where we deserve to be."

West Brom boss Sam Allardyce, meanwhile, expressed his frustration over his side's defending for Kane's opener, having initially been pleased with their work in the first 45 minutes.

"The downside is letting the goals in we let in after containing them in the first half," he told BBC Sport."Seeing Harry Kane in our box unmarked. That lapse at this level just can't happen. We should be stopping that at the source."

Kane's latest effort saw him draw level withBobby Smith in second place in Tottenham's all-time scorers list, and he will now have his sights set on Jimmy Greaves' record mark of 266 goals.

Greaves reached that number after 379 games in a Spurs shirt, while Kane has played 318 games for the club to date, and is still in his prime at the age of just 27.

The club captain is also in the hunt for his third Premier League golden boot with 13 to his name through 20 outings this season. Only top-flight legends Thierry Henry and Alan Shearer have previously won the award three or more times.

Kane will be back in action with Tottenham when they take on Everton in the fifth round of the FA Cup on Wednesday, before Mourinho starts preparing his side for a crucial Premier League clash against Manchester City three days later.