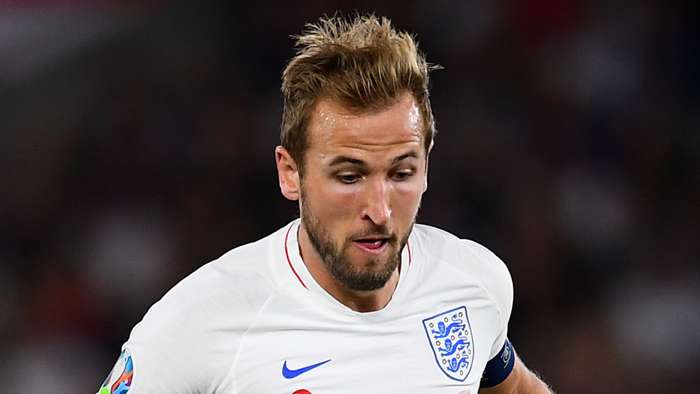 Gareth Southgate has promised Harry Kane wont play every minute for England as they begin their 2022 World Cup qualifying campaign.

The Three Lions are currently preparing for their first Group I fixture against San Marino on Thursday, with games against Albania and Poland set to follow before the end of the month.

Southgate says Tottenham star Kane is eager to lead the line in all three games, but he is wary of overworking his captain with one eye on this summers European Championships.

"If I allowed Harry to make every decision he would play every minute," Southgate told a pre-match press conference.

"That wont be happening. It is brilliant we have a captain who wants to play every minute of every game but we have got to be mindful he had extra time last Thursday and another high-intensity game on Sunday.

"We have got to make sure we manage the fixtures correctly."

Spurs head coach Jose Mourinho expressed concern over the number of minutes Kane could see during the international break before his team crashed out of the Europa League at the hands of Dinamo Zagreb on March 18.

The Lilywhites still have a top-four finish and the Carabao Cup final to play for in the final weeks of the season, with the Portuguese hopeful Southgate will take Kanes club commitments into account.

"He does what he thinks is best for the team. I believe that he has a good relationship with Harry," said Mourinho."Good relations normally means good communication and I hope that happens between them without me being in the middle saying something.

"I hope that, between them, they can find some compromise to protect the player."

Quizzed on the need to keep club managers such as Mourinho satisfied amid a congested fixture schedule, Southgate added:"I think in fairness all the club managers respect the fact that weve got to get results and win our matches and uppermost in our mind is how do we make sure the team are as fresh for Albania and Poland as they are for Thursday night.

"You cant just think about one game, youve got to think about all three and plan accordingly."

If Kane features in all three of Englands upcoming games he will have a great chance of closing the gap between himself and Wayne Rooney in the countrys all-time scoring chart.

The Tottenham star has already scored 32 goals in 51 appearances for the Three Lions, and is now only 23 behind Manchester United legend Rooney, who won 120 caps before hanging up his boots.

England supporters will hope that Kane can transfer his prolific form at club level to the international stage, with the 27-year-old currently enjoying one of the best individual campaigns of his career.

Kane has scored 27 goals in 41 outings across all competitions for Tottenham this term, while also setting up a further 16 for his team-mates.

Lingard: Southgate advised me to leave Man Utd on loan

Watkins: Ive been copying Kane, now I train with him!