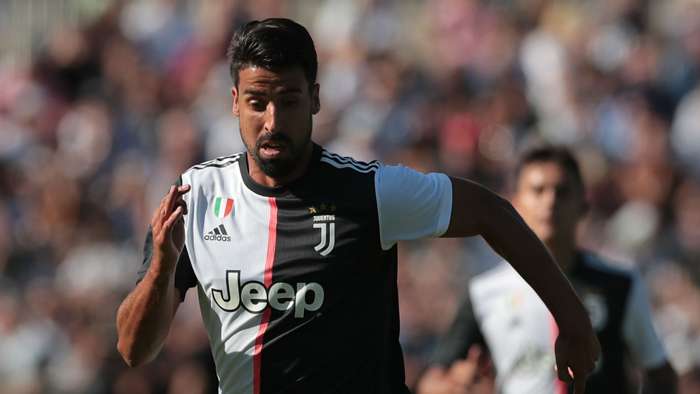 Sami Khedira has opened the door for a move to the Premier League to be made in 2021, with the Juventus midfielder admitting he would welcome the opportunity to be reunited with Jose Mourinho.

Form and fitness issues have dropped him down the pecking order at Juve, with no competitive game time seen this season and just 35 appearances made across the last two campaigns.

Free agency now beckons, as the 33-year-old runs down his contract in Italy, and it could be that his next challenge lies in England as the former Real Madrid star looks to chase another “dream”.

“When I was a child it was always a big dream of mine to be a Premier League player,” Khedira told Sky Germany.

“I am really happy and satisfied with my career until now but one thing is still missing because I always had this dream and it has never come true… to be a part of the Premier League.

“I alwaysenjoyedplaying in the Champions League against the English clubs. The atmosphere, the style and idea of football has always impressed me.

“If it is possible it will for sure be a really big dream come true and honour to be a part of the Premier League.”

It could be that Khedira pushes for a switch to Tottenham, as he wants to work with ex-Blancos boss Mourinho again, while current Everton coach Carlo Ancelotti is another manager that he holds in the highest regard having also enjoyed success with the Italian tactician at the Santiago Bernabeu.

Quizzed on why he rates Mourinho so highly, Khedira said: “Because of his personality, He is always honest, direct, clear in his mind and a great coach.

“Many people talk about him being too defensive but he is a winner, he is a champion. That is why he impressed me the most.

“I really enjoyed working with Jose Mourinho but there are many coaches who I would like to work with.

“I would never say no again to Jose Mourinho but it is not the only guy who I would say I would like to work with again.