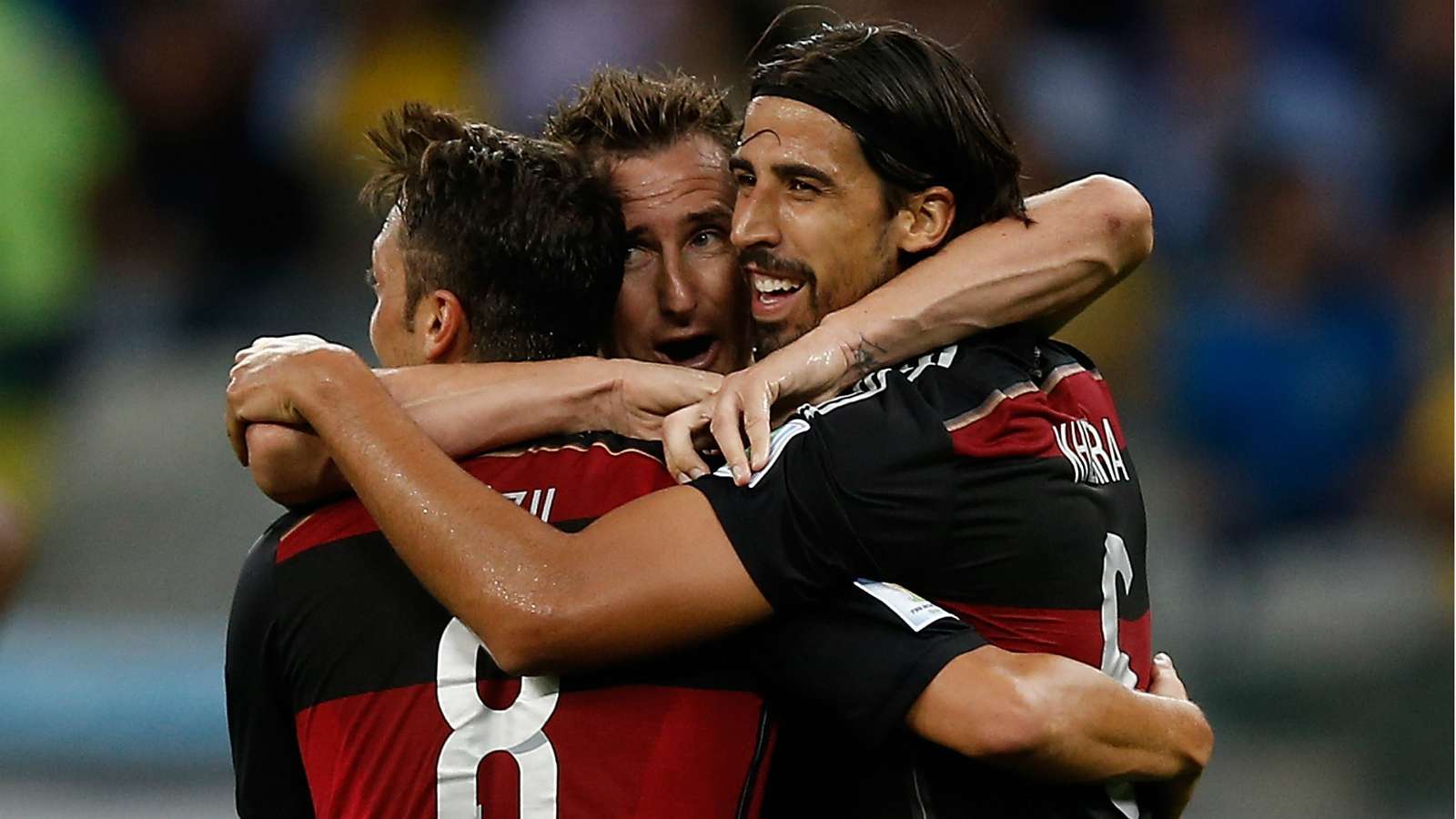 Sami Khedira has revealed the stark warning Germany received at half-time during their 7-1 demolition of Brazil at the 2014 World Cup.

The eventual world champions were 5-0 up at the break on a historic evening at the Estadio Mineirao after Thomas Muller, Miroslav Klose, Toni Kroos and Sami Khedira had all netted inside the first 30 minutes.

Khedira recalled how manager Joachim Low told his side in no uncertain terms that showboating in the second half wouldn’t be tolerated.

"Jogi said to us: 'Great! But the game is not over yet. If I see anybody messing around, I'll take him off immediately’,” Khedira told Sport Bild.“He took the euphoria completely out of the question, and said: ‘We are starting again at 0-0 and I want us to win the second half as well’. It was a perfect message from him.

“We were all in each other’s arms. Even those who didn’t have access to the dressing room at half-time. Everyone was together, and the message came from the top: ‘Enjoy it, but keep your feet on the ground’.”

Germany did win the second half as well. Andre Schurrle netted a brace, with Oscar’s 90th-minute strike providing scant consolation for a distraught home crowd.

Even approaching six years from the game, the result remains close to unbelievable.

Despite losing star man Neymar to injury, Brazil remained contenders for the World Cup on home soil and were expected to compete with Germany in the semi-final in Belo Horizonte.

Khedira says friends and family were blowing up his phone after the game, such was the global reaction to the scoreline.

"I got messages from all over the world,” he said. “It wasn’t even like a birthday. I just couldn’t read everything.

“Everybody was writing to me, ‘Unbelievable!’, ‘Mad!’, ‘What’s going on?’. Tunisians, Germans, people that I didn’t even know to be football fans.”

The reaction to the defeat shaped Brazilian football in the years that followed, a national disaster on par with the infamous ‘Maracanazo’ defeat to Uruguay at the 1950 World Cup.

The two sides have only met once at full international level since, with Brazil able to take some amount of revenge with a 1-0 friendly win in Berlin in 2018. Brazil's side also prevailed over Germany on penalties in the final of the 2016 Olympic tournament.