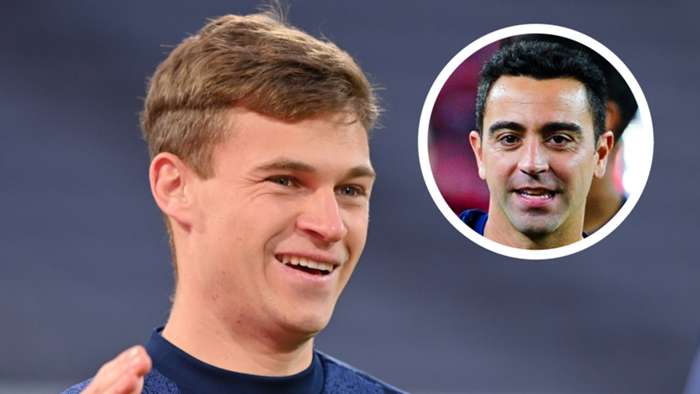 Bayern Munichs Joshua Kimmich has admitted that Lionel Messi and Cristiano Ronaldo are the players he would most like to line up next to at club level, while adding that Barcelona icon Xavi was his biggest influence while growing up.

As a Champions League and Club World Cup winner with Bayern, Kimmich has a wealth of experience and can boast playing alongside the current Best FIFA Mens Player in Robert Lewandowski.

At just 26 years old, the versatile midfielder still has plenty of years left in his career and admits that sharing a locker room with a multiple Ballon dOr-winning duo would be a welcome addition to his footballing bucket list.

Asked by Bild who he would most like to play with, Kimmich said: “Cristiano Ronaldo and Lionel Messi.

“For me, its so impressive, almost unbelievable, how you can maintain this level for over 15 years. Id like to see what they do every day.”

Having started out as a right-back at Bayern, Kimmich is often compared to former club captain Philipp Lahm, or even named as his successor.

Like Lahm, however, he has transitioned into a central midfield role as his career has progressed, and attempting to copy the characteristics of a Barcelona legend undoubtedly prepared him well for the tough task of keeping the engine room running efficiently.

“My role model was always Xavi Hernandez from Barcelona,” Kimmich said. “He was never the biggest, but he played with vision, technique and [superb] passing, always bringing others into the game.

“He impressed me and thats how I wanted to play. I got to know him during a training camp in Doha and it was a really cool moment!”