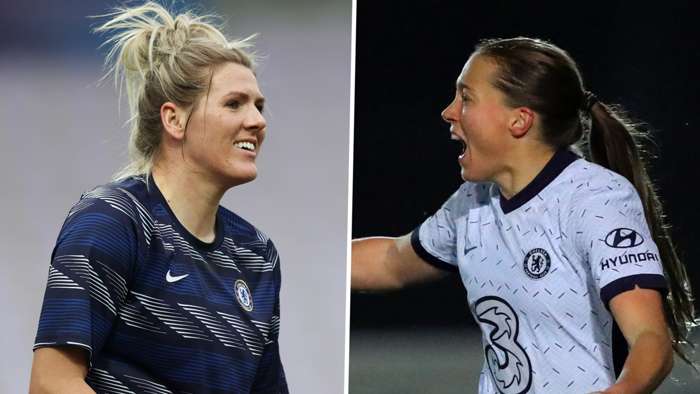 Fran Kirby and Millie Bright are all back in the England squad ahead of Aprils friendlies against France and Canada, but they will be without captain Steph Houghton due to injury.

The defender is suffering from an Achilles problem that ruled her out of the first leg of Manchester Citys Champions League quarter-final with Barcelona last week, with head coach Gareth Taylor admitting its difficult to know when she will be back.

Kirby and Bright missed Februarys game with Northern Ireland due to injuries of their own, with the pair returning on this occasion alongside fellow Chelsea team-mates Niamh Charles and Carly Telford, who are both recalled. Karen Bardsley is also back as one of four goalkeepers in the 24-player squad.

Ebony Salmon and Hannah Hampton were both called up in February but are both absent from this squad. Hampton was recently cut from contention for this summers Team GB squad in a high-profile incident that saw the Football Association apologise. The young goalkeeper received the news less than two hours before playing a Womens Super League game for Birmingham.

Salmon was a late replacement for Nikita Parris, who misses out again this month. The Lyon striker wasnt released by her club last time, and this time her omission is because of a Covid-19 outbreak among the French champions.

Demi Stokes returns despite picking up an injury at the weekend in Man Citys win over Reading, while Beth England, who has missed Chelseas last fourgames through concussion, is also included.

It will be the first game England have played without Houghton, their injured captain, since November 2019.

England will face France on April 9 at theStade Michel d’Ornano in Caen. It will be their first trip to France since the 2019 Womens World Cup, in which they reached the semi-finals.

Four days later, the Lionesses will take on Canada, who are led by a familiar face in Bev Priestman. The 34-year-old was part of the England set-up for two years under Phil Nevilles tenure, coaching the Under-17s and also serving as Nevilles assistant.

She had spent five years with Canada Soccer prior to that and was appointed as the new head coach of Canadas senior team back in October of last year.