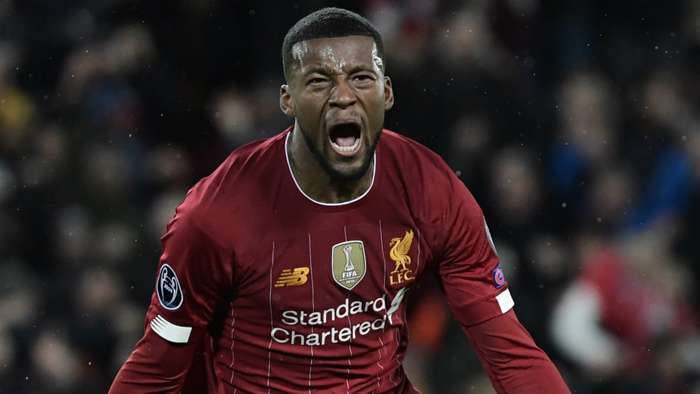 Jurgen Klopp claims to be “completely fine” with the exit talk that Georginio Wijnaldum continues to generate at Liverpool.

The Dutch midfielder has emerged as a top target for Barcelona, with Ronald Koeman eager to be reunited with a familiar face at Camp Nou having previously worked with Wijnaldum in the Netherlands international set-up.

Barca have yet to formalise their interest, as they must first free up funds from sales, however, they are expected to make an approachbefore the next transfer deadline passes fora player whose contract in England is running down.

Klopp remains reluctant to be drawn on whether a sale may have to be sanctioned by his side, with no fresh terms in place, but he is not about to let the ongoing uncertainty concern him.

Quizzed again on the speculation Wijnaldum is generating, the Liverpool boss told reporters: “Since Gini is here I have 500-600 talks with him pretty much. So that’s exactly the same like always. Nothing else to say about that.

“I spoke to Gini when he came back from international duty and we have the talk as always. That’s all, really.”

Pressed further on whether he considers the situation to be “all good”, Klopp added: “Yeah, yeah, great. Yes. Absolutely fine about the future as far as we are involved with that.

“I cannot speak about the future in a few years but it is all fine. It’s all good for the moment.

“You know the situation. Between me, Gini and the club, everything is completely fine.

“So apart from anything to announce to you, that’s more your problem not ours because we are completely fine in the situation.”

While no decision has been made on Wijnaldum’s future as yet, the same is true for promising frontman Rhian Brewster.

The 20-year-old took in a productive loan spell at Swansea last season, but those on Merseyside are yet to make a definitive call on what to do with the youngster in 2020-21.

Klopp said when asked about his plans: “Rhian is our player, a wonderful kid and a big, big talent. Scored very nice goals in pre-season.

“But the decision is about the squad. There is so much going on. What I can say is that we are really with him, thoughtful about him and what is best for his development and how we can use him. It's not just him, it's all our players.