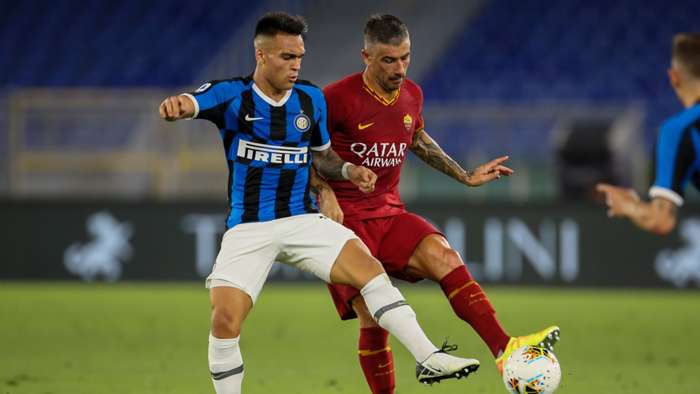 Aleksandar Kolarov has completed a permanent move to Inter from Roma.

Kolarov was officially unveiled at San Siro on Tuesday afternoon, after reportedly putting pen to paper on a two-year contract with the Nerazzurri.

Inter confirmed the 34-year-old's arrival in a poetic statement ontheir official website chronicling his rise to prominence as a professional footballer after a difficult upbringing in a war-torn Serbia.

"You never get used to wars.But to the sirens yes.Or at least, so it was withAleksandar Kolarovand his friends," the statement reads.

"The schoolsclosed.The days, thus, spent playing football, on the street, waiting for that sound.Passion and obsession, in a positive sense.

“That he is not, he is simply Kolarov: a lover of the football, conscious of his own ability and with a desire, even at 34 years of age, to add pages to a story, which has seen him become captain of Serbia, of which he is very proud.

“This is Aleksandar Kolarov: not just free kicks, which everyone knows so well. A new Interista.”

Kolarov racked up over 132appearances for Roma across all competitions, having moved to Stadio Olimpico from Manchester City in 2017.

He will now link up with former Chelsea boss Antonio Conte at Inter, who guided the club to their highest Serie A finish in nine years during his first full season at San Siro.

The Nerazzurri were only a point behind eventual champions Juventus at the close of play last term, and also managed to reach the Europa League final - only to be beaten 3-2 by Sevilla.

Kolarov will now compete with ex-Manchester United defender Ashley Young for a regular spot at left-back in Conte's starting line-up, with Inter set to kick off their latest campaign at home to Fiorentina on September 26.