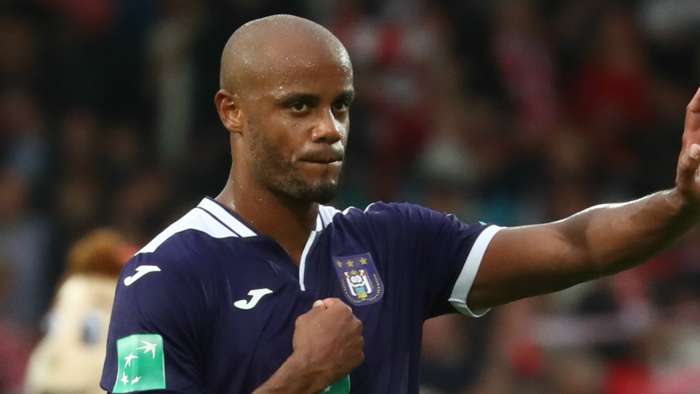 Vincent Kompany has retired from professional football and will take over as Anderlecht manager.

Kompany was contracted to the Pro League team until 2022, but he has opted to bring an end to his playing career and replace Frank Vercauteren as manager.

“I want to fully commit to my role as a coach and need 100% of my time and focus for it,” the Belgium international told the club’s website.

“That’s why I’m quitting as a football player. Our ambition and our hunger remains the same. I want to stay with the club for at least four seasons and prove that Anderlecht can play a modern style of football, with results.

“I want to thank Franky for all his help.”

Kompany progressed through the Anderlecht youth system to make his first-team debut in 2003. After winning two league titles, he left to join Hamburg and was snapped up by Manchester City two years later.

The defender won four Premier League titles and the FA Cup twice during his time with the English side, making 360 appearances in 11 years.

Anderlecht CEOKarel Van Eetvelt is excited to see the club legend take over as coach on a full-time basis, while sporting director Peter Verbeke believes he will advance the team's philosophy.

“As everybody knows, this was always the plan," the club chief said. "It might have come a little sooner than expected, but Vincent committing himself for another four seasons to the club is great news for the club, our supporters and our players."

Verbeke added: “I want to thank Franky for everything he has done for the team. Working with him and Vincent has been a pleasure. Our vision remains identical: a modern and technically refined form of football. That’s what we want to keep working on, from our youth teams to our A-team.”