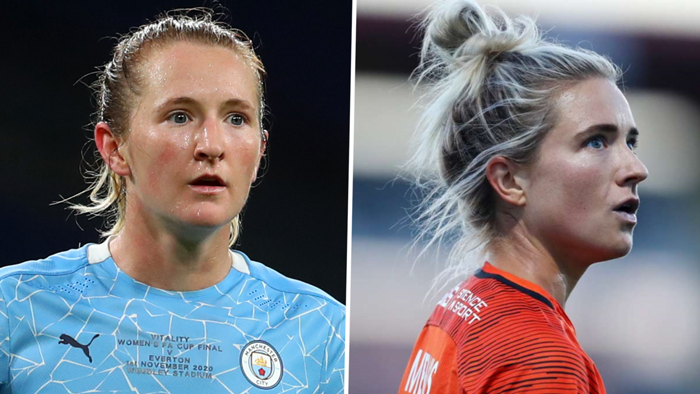 For the first time in more than six years, the Mewis sisters are back together in a U.S. national team camp.

After 2014, Kristie saw her USWNT chances dry up while in the meantime, Sam – one and a half years her junior – became a rising star in the program.

As Kristie hit a rough patch in her career which led up to a serious knee injury in 2018, Sam was establishing herself as a key member of the USWNT and ultimately, she became a starter through the team’s victorious World Cup run in 2019.

But while Sam had alreadybecome a star with the national team and the NC Courage, the elder Mewis, now 29, started to embark on a mid-career renaissance of her own.

Kristie returned in vintage form for the Houston Dash following her knee injury, which she ultimately called a “blessing in disguise,”and received her first U.S. call-up in more than three years after the 2019 NWSL season.

Nobody has been watching Kristie’s return to stardom more intently than her younger sister.

“Watching her go through that and watching her come back to full form has been really rewarding for me as her sister,” Sam said on a call with reporters.

“To just see her go through that adversity and then come back and play so well and prove that she's a really valuable player for both Houston and hopefully now here for the national team,I'm just really excited for her and I know that she has worked so hard for this so I'm excited about the possibility of playing with her again.”

Though Sam has experienced a huge amount of success at the club and national team level, her career, like any athlete, hasn’t been free of setbacks either. With the sisters traveling on the same path as pro players, the perspective learned from the journey has brought them closer together.

“Being a professional soccer player can be difficult and challenging at times and I think that you have some people in your life who understand that,” Sam said.

“But for a lot of people who have never done this it is kind of hard to understand all the ups and downs and to have someone in my family that gets it, and that we kind of go through the ebbs and flows of this career together – whether it's injury or getting cut from a team or winning a big tournament – I think having someone that you're so close with that's in your family that can share those moments with you is just really special.”

As Kristie was going through a down period, though, her younger sister saw her stock soar. A tinge of jealousy would have been certainly understandable, especially from the perspective of an older sister. Sam, though, said it was the exact opposite.

“There was never any weirdness between us,” Sam said. “I think Kristie has always been my biggest fan and I've always been hers and I think success for one of us is success for both of us – we're family.

“Thinking about my success in the national team that I've had, I think that's it shines on her as well. And then her to get called in here brings me so much joy at the same time.”

Kristie's return to form has created another potentially awkward position for the sisters, who just so happen to play the same position. Whichever Mewis ends up being more prominent with the USWNT going forward, don't expect any kind of collateral damage to their relationship.