Kroos: Lying about being injured helped me become a Bayern Munich star 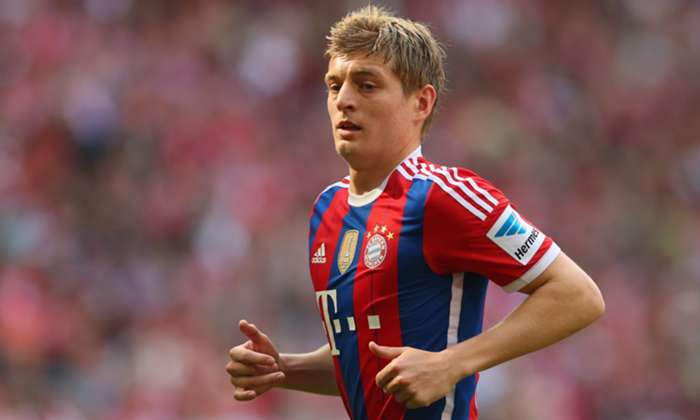 Toni Kroos has revealed he once lied to the Bayern Munich team doctor about how he picked up an injury - and that it eventually helped him get a valuable loan spell away from the Bundesliga giants.

The now 30-year-old playmaker revealed that, on a visit to Rostock - where he used to be an academy player - to see friends, he fell over while playing football and tore a ligament, which kept him out of action for three months.

When asked by Bayern club doctorHans-Wilhelm Muller-Wohlfahrt how he had sustained the injury, however, Kroos claimed he had picked it up while doing training runs in the forest, rather than while playing around with his mates.

Kroos opened up on the incident on his podcast, stating:"You haven't heard anything else to this day. Especially when it came out that it really was a torn ligament, I didn't feel like explaining that it happened in football. Now after so much time, I can't be punished for this."

The Germany international went on to say that he felt the injury had actually helped with his career. During the winter break in the 2008-09 season, Kroos was sent out by Bayern on an 18-month loan to Bayer Leverkusen in order to gain first-team experience.

Kroos established himself for Leverkusen in the 2009-10 campaign and was called up for the Germany squad at the 2010 World Cup, before returning to Bayern and working his way into the first-team picture.

In Kroos' opinion, his injury played a part in him being allowed to leave Bayern, as he would otherwise have been kept as a back-up squad member and would not have had the same opportunities.

He said:"I think Bayern would not have allowed me to move if I had been fit. I didn't play much before anyway and then everything came together so that I was allowed to go to Leverkusen."

At Leverkusen, he was given a first-team place by manager Jupp Heynckes, who then became Bayern boss between 2011 and 2013 as Kroos became an established figure in the side that won the treble in 2012-13.

Kroos remains grateful to the veteran coach, describing him as one of the greatest influences on his career.