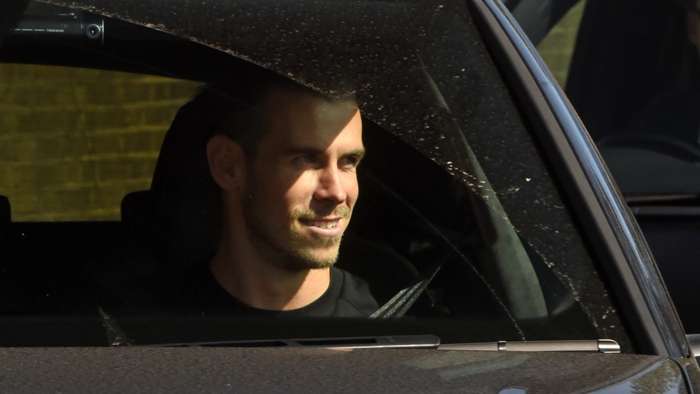 Chelsea boss Frank Lampard expects "incredible" Gareth Bale to give Tottenham a major boost if he secures a return to the Premier League club.

However the past few years have been tumultuous for the Welshman and he finally appears set to leave Madrid in favour of a return to Spurs, having already arrived in London to complete a deal alongside Sergio Reguilon, a team-mate of his at the Santiago Bernabeu.

Bale developed into one of the Premier League's best players during his first spell with Spursduring which time he regularly played against Lampard, andpresuming the deal goes through without a hitch, Lampard believes Chelsea's potential top-four rivals are getting one of the world's finest players.

"Gareth Bale is an incredible player, an incredible individual talent who we remember very well from his Premier League days and the successes he's had at Real Madrid," Lampard told reporters on Friday. "If he does go to Tottenham, which I keep seeing is going to happen, then I think he'll be a big addition to their squad.

"Of course, they've got very good individuals at Tottenham, they're a team that's expected to challenge in the Champions League places and above.

"They have fantastic individuals and if they get Gareth Bale they'll have another for sure. He's one of the best players in the world in my opinion over the last four or five seasons."

Lampard was speaking at his pre-match press conference before Chelsea take on Liverpool, and he refuted claims that the match was an early clash between title contenders, saying both his side and the reigning Premier League champions would be among several potential contenders for the crown.

He said:"I don't feel like it's a game to make a statement, it's the second game into the season.

"We had one win, a hard fought at Brighton, a game where we were probably in the pre-season zone in terms of our fitness because of the situation, with quarantines and international breaks, but now we take on the best team in the country last season, so it's a nice challenge for us to go head-to-head with them.

"I think we played pretty well with them head-to-head last year, maybe not always getting the run, but it's a challenge for us to try to get three points, as simple as that, against very good opposition.

"I don't want to comment on favourites to win the title, that's probably a job more for pundits maybe.