Lampard is pushing for Chelsea to sign Messi, jokes Ferdinand 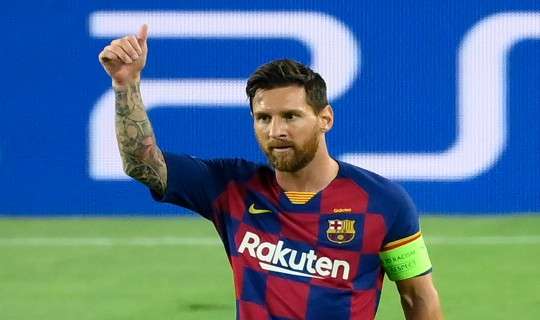 Rio Ferdinand joked that Frank Lampard is pushing for Chelsea to sign Lionel Messi after news of the Barcelona superstar handing in a transfer request broke on Tuesday.

The 33-year-old has communicatedhis desire to activate the release clause in his current contract via a fax message, with his legal team now working to manufacture his departure.

Barca's 8-2 defeat to Bayern Munich in the Champions League quarter-finals appeared to be the final nail in the coffin for Messi, who had expressed his dissatisfaction with the team'slevel after seeing Real Madrid win the race for last season's La Liga crown.

Messi still has a year left to run on his existing deal at Camp Nou, but has the option to leave on a free at the end of any season, which he is now eager to exercise.

A number of top European clubs arereported to be considering a move for the six-time Ballon d'Or winner, including Inter, Paris Saint-Germain, Manchester United and Manchester City.

Ferdinand has also thrown Chelsea's name into the mix, playfully suggesting that his former West Ham and England team-mate Frank Lampard has set his sights on Messi as he continues a summer spending spree at Stamford Bridge.

The former United defender tweeted on Tuesday night: "Just heard Frank Lampard is now in for Messi. Some window this if Lamps pulls this off!!"

Chelsea have already managed to bring in Hakim Ziyech and Timo Werner from Ajax and RB Leipzig this year, with Bayer Leverkusen's Kai Havertz and former Nice defender Malang Sarr also thought to be closing in on moves to west London.

Thiago Silva is another man expected to join up with the Blues, having left Paris Saint-Germain as a free agent following their Champions League final defeat to Bayern Munich on Sunday.

Although Messi has yet to publicly indicate his preferred next destination, it has been reported he is open to reuniting with ex-Barca boss Pep Guardiola at the Etihad Stadium in Manchester.

FormerBarcelonapresident Joan Gaspart cannotsee the Argentina international departing before next summer though, as he pointed out that therelease clause allowing him to leave for nothingtechnically expired backin June.